Nigeria is a home to people from diverse tribe  and one of the top 10 fastest growing countries in the world.

Nigerians are known for their resourcefulness, resilience,   and they offer good returns on investments. The country is full of opportunities for business people who are willing take risks.

The demography, accessibility, availability of raw materials for industrial production and historical relevance of Kano State makes it one of the best places to do business in Nigeria.

The state has the second largest population of 13,076,892 as estimated by the National Population Commission  with a young, agile and sustainable work force with 50 per cent  of the population between 15 years and 64 years, and 47 per cent under 15 years.

According to the Nigerian Investment Promotion Council, the state hosts about 400 to 500 manufacturing enterprises. It says the leading sub-sectors are leather tanning, seed processing, rice milling and animal feed production.

Moreover, the NIPC notes that Kano is the financial centre of the northern Nigeria with all 22 banks operating in Nigeria having offices in the state, including the first Islamic bank, Jaiz bank.

Accessibility to other states and other countries is made possible with the presence of Mallam Aminu Kano International Airport in the state. This airport also has a Free Trade Zone located behind it, making exportation of Nigerian products possible.

Historically known to generate most of its revenue from groundnut, Kano State is still a major producer of hide and skin, sesame, soybean, cotton, garlic, gum Arabic and chilli pepper.

Known as the fifth largest economy in Africa, 90 per cent of corporations have their headquarters in Lagos State; 60 per cent of Nigeria’s industrial investments come into Lagos; and three out of every five people are knowledgeable in the use of the Internet in the state.

According to the Office of Overseas Affairs and Investment, the Gross Domestic Product Lagos is estimated to be $136.6bn, contributing 25 per cent to the GDP of Nigeria as of August 2015.

Over 50 per cent of Nigeria’s industrial capacity is located in Lagos, with a variety of manufactured goods being produced in the city, including electronic equipment, machinery, foodstuffs, beverages and chemicals.

It states that some of the strong points of the states are availability of cheap and highly skilled labour; stable political environment; safe and efficient banking network; high population of high and middle income earners; access to local and international market; and changing consumer patterns.

Lagos Global says the state generates the largest amount of waste in the country, which is about 11,000 metric tonnes daily, adding that 60 per cent of the waste Lagos remains uncollected and is estimated to provide 500,000 jobs.

It adds, “Lagos is the premium destination to experience entertainment in Nigeria with ample opportunities for investment. The Nigerian music industry is the most dominant in Africa with most of the key performers based in Lagos. The e-commerce industry is the next frontier for the emerging markets; it is an unstoppable evolution.

“Consumer online expenditure is projected to be $297m by 2018; which would be twice its current size. Wholesale and retail is one out of the seven sectors that emerged as a major driver of Lagos economy, contributing over eight per cent to its GDP. Consumer spending is projected to exceed $45.6bn by 2030.”

Rivers  State, with an estimated population of 7,303,924, is second to Lagos in respect of industrial development.

This is because of the natural resource endowment in the state which includes different agricultural and industrial mineral products, from which raw materials can be sourced for the establishment of low, medium and large scale industries.

The high population, rich agricultural and mineral resources, presence of many first monument in the whole country and Africa, make Oyo State a preferred business destination.

According to information on Oyo State’s website, there are opportunities for food and beverage factories, garment manufacturing, and leather products due to the abundance of agricultural raw materials in the state.

Due to abundance of rain forests in the state, establishment of forest -based manufacturing businesses; furniture and wood products; business paper, carton and allied products; personal and homecare products thrives there.

It adds that local assembly manufacturing of cars and buses, as part of the new automotive policy, is another business opportunity. 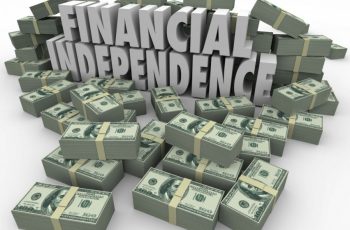 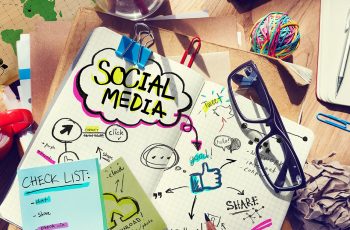