It is a very difficult task for you to build a strong professional network if you don’t open up to your colleagues. There are things successful people never reveal about themselves in the workplace.  Doing this can be tricky because revealing the wrong things can damage your career.

Sharing the right aspects of yourself in the right ways is an art on its own that you need to develop over time. Disclosures that seem like relationship builders at the moment can be quite the opposite at the run.

The art lies in you getting hold of yourself before you cross the line because once you do that, there is no going back.

Related: 10 career limiting phrases that can ruin your career 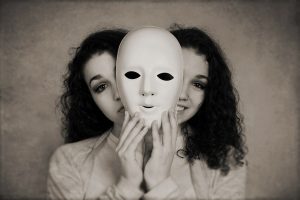 1. That they have no love for their job

The bosses are always quick to identify these negative people and very eager to replace them with more enthusiastic people.

2. That their colleague is incompetent

Successful people never reveal about themselves that they think their colleague is incompetent.  Incompetent people will always be in any workplace, and there is a high chance that everyone knows them. Labelling your colleague as incompetent makes you look insecure and desperate to make yourself look better. This can make your co-workers have a negative opinion of you.

3. How much money they make at work

Once you make known how much you make at work, everything you do at work is considered against your income. Your family may love to hear how much you pull in at the end of the month, but in the workplace it only breeds negativity. It is not always an easy task to allocate salary with all fairness, revealing your own gives your colleagues a direct measure of comparison.

4. Their political and religious affiliations

It is always very difficult to separate the political and religious affiliations of people from their personality. Successful people never reveal their political and political beliefs in the workplace. Disagreeing with a co-workers view can quickly reduce their otherwise strong perception of you. Not regarding someone’s core value is one of the most insulting things to do.

Politics and religion affect different people in different ways. Asserting your beliefs can put someone off at the same time that it intrigues others.

People’s lives are built on their ideas and beliefs, tempering with their perception can really affect the friendship. Always be willing to listen to others, but be careful of your input as all it takes to start a conflict is but a disapproving look.

Political and religious opinions of people are so much ingrained in them that challenging their views is more likely to get you judged than changing them.

There are many ways you can look bad on facebook and leave a bad lasting impression. These are things successful people never reveal about themselves. Your boss doesn’t want to log on to his/her facebook page to see photos of you taking tequila shots in Tijuana.

These are just the things that can cast a big shadow on your boss’s and colleagues minds. You might see it as just an ordinary post but can ruin your chances of getting promoted in your workplace.

It will be close to impossible to censor yourself on Facebook for your colleagues. Save yourself the stress and avoid being their friend on facebook.

Whether you have a sex life that is out of this world or not, the information has no place in your workplace. Such comments might get you some chuckles from some quarters, but it makes most of your colleagues uncomfortable and disturbed. Talking about this at work will most likely give you a bad reputation. Successful people never reveal about themselves, their bedroom activities.

7. Their thought about someone’s bedroom activities

You are in charge of your own thoughts, think whatever you desire but keep the thought to yourself especially when it concerns a colleague’s sexual life. There is no greater way to creep someone out than to let him/her know that the thought of their love life has entered your mind.

These are the things successful people never reveal about themselves in the workplace. It is very important to imbibe this attribute as it will help launch you higher in the success ladder in life.

8. That they want another person’s job

Making your ambition known at work when they are in direct conflict with other peoples interest presents you as selfish and indifferent to your colleagues at work. Great and successful employees want the team, not just themselves. Irrespective of your actual goal, making known your selfish mindset won’t help you get there any faster.

Great and successful people never reveal about themselves, that which will bring them in the bad spotlight at the workplace and so should everybody who wants to succeed in the workplace.

People can know a lot of things about you by mere looking into your past. Just for the reason that you did something stupid a long time ago doesn’t make people believe that you have developed a great sense of judgement since then.

You should, as a matter of fact, keep all the wild behaviours in college to yourself as it will not bring anything positive your way in the workplace.

Don’t make the mistake of thinking that your activities over the weekend have no effect on how you are viewed in the workplace. Telling people about this doesn’t make you look fun, rather it makes you look irresponsible, immature and lacking sound judgement. People never reveal about themselves things that will not elevate their image at all times.

Many people have negative dispositions towards drugs and alcohol, for you to reveal how you love to indulge in them makes you lose face.

If there is one thing we learn from successful people, it is to be careful about what we say and how we say it. Offensive jokes can make people feel bad and terrible and also make you look so irresponsible and immature at best. If you know that your joke has the potential of offending someone, you better not say it at all. You have to be careful about the kind of joke you raise because you never know the experiences that people have had in life that can make your joke tread on subjects they take seriously.

If there’s one thing we can learn from celebrities, it’s to be careful about what you say and whom you say it to. Offensive jokes make other people feel terrible, and they make you look terrible. They also happen to be much less funny than clever joke

12. They are job hunting at the moment

Telling people that you are job hunting makes you become a waste of time to be with. There is a chance that your hunt will be unsuccessful, you should wait until you have secured the job before making it public in your workplace.

Successful people never reveal about themselves that they are quitting their work until it is certain that there is another one already waiting for them to jump on.  If you make the announcement before getting another job, you might end up riding the bench. 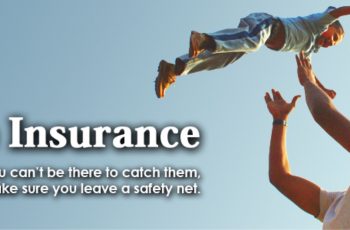 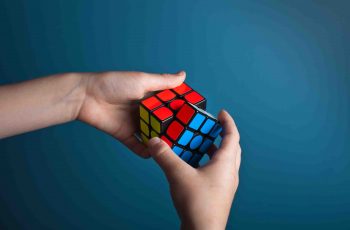 Nigeria has been described as one of the most economically …