Home
Celebrities
Full Biography And Net Worth Of Peruzzi

Full Biography And Net Worth Of Peruzzi

Peruzzi is a Nigerian singer, songwriter, and performer belonging to the 30 Billion Gang, a subsidiary of Davido Music Worldwide. He is known for some of the hit songs he released. The biography of Peruzzi is quite an interesting read, so sit back and be transported into the world of music.

The biography of Peruzzi has to start from his birth. He was born Tobechukwu Victor Okoh, on the 5th of December 1989, making him 31 years of age. He was born into a devout Christian home to his father who was an engineer and his mother was a nurse. He is the third child and only son of three children. They are Igbo by tribe and hail from Imo State, Nigeria.

His interest in music began at age seven when his father bought him a keyboard as a present. He was born into a family where everyone sings, so he learned to play songs on his keyboard. His Christian background and being a member of the choir, exposed him to gospel songs, and he grew his gift gradually.

He tried to let go of his musical talent and give himself wholly to his studies. In his second year in the university, his friends set him up and made him perform at Valentine’s Day party in school. His love for music was reignited and made him begin to combine music with the school.

He was known to give part of his time to recording music at a music studio and the other part to his studies. He lost his passport in his fifth year in school and returned to Nigeria and called Medicine and Surgery quits. He began to develop himself and look for ways to break into the Nigerian music industry.

Peruzzi is estimated to be worth about $500,000. The source of his money is from his music. He is currently one of the many fastest-growing artistes in Nigeria.

It is evident in the biography of Peruzzi, that he didn’t have things rosy at first. His family had a series of family meetings before he was able to convince them, to let him pursue his dreams.

In the year 2007, Peruzzi got into a music studio and was eventually signed by GoldenBoy Entertainment. He first operated under the name TC Peruzzi. His single For Your Pocket’ ft. Kuddy became a hit and brought him to the limelight. It was produced by Speroach Beatz.

His musical talent and style were very unique, it drew Davido’s attention, prompting the signing into Davido Music Worldwide and the 30 Billion Gang. The record label then already had the likes of Mayorkun, Dremo, and so on.

This helped increase his public profile. He went ahead to release some singles under the umbrella of Davido Music Worldwide, which has kept Nigerians on their feet. This even earned him a nomination as Rookie of The Year, at the Headies Award 2018.

The hit song Amaka by Tuface Idibia, featuring Peruzzi, further propelled him to the limelight and endeared him to Nigerians. Some of his major hit singles include For Your Pocket, Mata and Tatashe.

Prior to releasing some of his singles, Peruzzi faced a lot of social media backlash. He was said to shine only on featured songs, but he turned around and showed Nigerians that he is worth his stuff. 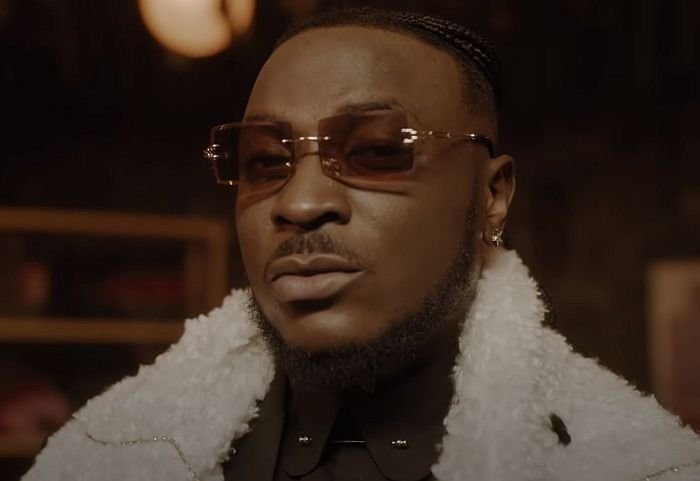 In an interview, Peruzzi described his style of music as “UrbanAfro Vibe”. This helped fuel his versatility and creativity, going ahead to earn him the title of the first Nigerian UrbanAfro Vibe Artiste there is.

Some of Peruzzi’s songs include Amaka by Tuface Idibia, featuring him and produced in 2018. Other songs by Peruzzi produced and released in 2018 includes

Peruzzi, fondly referred to as the Prince of collabo, has also been featured in some songs which includes

Justice will not be done to the biography of Peruzzi without writing about various awards and nominations he has to his name.

Also Read: The best way to save in Nigeria

In 2018, City People’s Award honored him as Rookie of The Year. In the same year, Top Naija Music Award 2018 awarded him Best Collaboration with “A” List Artiste.

In the same year 2018, he was also nominated for Soundcity MVP Awards, Best New Artiste of the Year and Headies Awards, Rookie of the Year.

Reading through the biography of Peruzzi shows just how important it is to follow your heart and passion. Peruzzi might have made an average medical doctor, but he clearly is a great songwriter, singer, and performer. With the strides he’s making, he clearly will chart the course of history, in the world of music especially as it concerns his genre, UrbanAfro Vibe.