Full Biography and Net Worth of Richard Mofe Damijo

It’s no news that RMD is a stunner. He was won the hearts of Nigerians especially the female folk, with his flawless acting skills. He is also known for his impeccable dressing and style generally.

He embodies grace, glitz, and glamour so effortlessly. It seems he drinks from a fountain of youth. RMD leaves a lot of his admirers drooling and it’s shocking that he is a grandfather.

Related: The Biography and Net worth of Aliko Dangote

Richard was born on the 6th of July 1961 in Aladja community of Udu Kingdom, near Warri, Delta State. He was christened Richard Eyimofe Evans Mofe-Damijo and is known to everyone as RMD. He attended Midwest College, Warri, and Anglican Grammar School.

Also read: Sign up on Sumotrust for your savings plans

While in school, he joined the Drama club. His flair for acting showed up early. After his Secondary School education, he enrolled in the prestigious University of Benin to study Theatre Arts. He eventually went back to school again and studied Law at the University of Lagos. His Law program began in 1997, and he finished up in 2004.

RMD as he’s fondly called was previously married to May Ellen-Ezekiel, a Nigerian Journalist and magazine publisher popularly known as MEE. They had one child together before her death in 1996. She died as a result of complications in surgery for Fibroids carried out in a hospital in Lagos.

Related: The Biography and net worth of Genevieve Nnaji

He eventually married Jumobi Adegbesan, in 2000, who was a popular TV personality. She used to feature in the popular AIT show Lunch Break. Jumobi eventually left the screen for the cooperate world and is flourishing.

RMD and Jumobi are proud parents to a total of five kids comprising three sons and two daughters. His eldest son, Oghenekome, is married and has kids thereby making RMD a grandfather to two amazing grandkids.

RMD says he loves to teach. He taught for over 10 years in Sunday school.

Richard Mofe-Damijo’s net worth is estimated at about $7 million. He stands currently as one of the richest and most influential actors in Nollywood.

Richard Mofe Damijo kicked off his career after university. He first worked for a while as a reporter with Concord Newspapers and Metro Magazine. Much later, he featured in the soap opera “Ripples” which was quite popular in the ”80s. He did a writing/producing stint in the movie “Out of Bounds”.

Related: The Biography and net worth of Ibukun Awosika

This was the first work he received credit in, as a professional in the movie industry. The maiden edition of the African Movie Academy Awards premiered in 2005, and he won the award for Best Actor in a Leading Role. 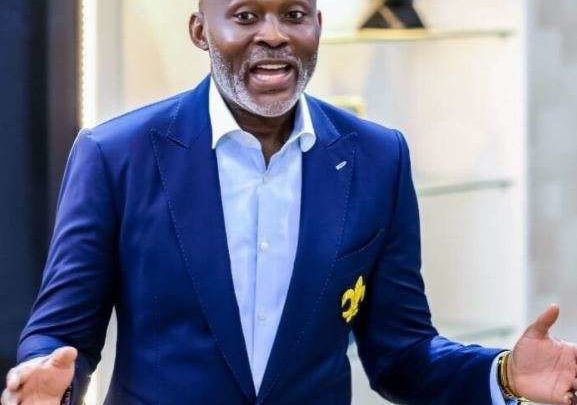 Richard Mofe-Damijos waltz into the world of the film began in 1997. He was part of the cast for the movies Out of bounds. He starred alongside Rachel Oniga and Bimbo Akintola. In 1998, he starred in “Diamond ring”  and “scores to settle” alongside Liz Benson. He started in ” Freedom” in 1999.

Related: The Biography and net worth of Burna Boy

2014 saw him landing roles in movies like “30 days in Atlanta”  and “Dinner”, where he acted alongside Ireti Doyle.

Richard Mofe-Damijo is not only an actor. He dabbled into politics for a while. In the year 2008, he was appointed as Special Adviser to the then Governor, Emmanuel Uduaghan, on Culture and Tourism. In 2009, he became the Commissioner of Culture and Tourism in 2009. He rounded up his tenure in the year 2015.

RMD is an actor that one does not get tired of watching. He knows how to carry his audience along. Watching him express emotions on screen is so refreshing. Unlike some other actors, he has refused to be stereotyped.

RMD has been seen to play rich sugar daddy, loving husband, bad boy, and a dangerous criminal. He totally did justice to all the roles he was given. Contrary to popular belief, he has not featured in so many movies, unlike other veteran actors. He says he’s extremely choosy with the roles he plays in movies.

RMD has been the recipient of several awards.

Related: The Biography and net worth of Wizkid

In 2016, the 12th Africa Movie Academy Awards awarded him with the Life Time Achievement Award.

In 2017, his role in the movie Oloibiri earned him the award of Best Actor in Leading Role, awarded by Africa Magic Viewers Choice Awards 2017 and Africa Movie Academy Awards. He also won the role of Best Supporting Actor awarded by the Nigeria Entertainment Awards.