Home
Technology
A Detailed Review Of The Tecno Camon 15 Smartphone; Specifications, Features And Price In Nigeria

A Detailed Review Of The Tecno Camon 15 Smartphone; Specifications, Features And Price In Nigeria

Tecno Camon 15 smartphone is considered a sophisticated developed version of its previous models. This development is brought to public view through a more sophisticated chassis model, bigger batteries, magnificent cameras, and many other second-to-none qualities.

Related: A detailed review of the Infinix Hot 9 Play Smartphone

Helping you understand this phone’s specs, exploring its features,, and enabling you with knowledge for a better buy is the objective of this content.

The Tecno Camon 15 smartphone has chassis design features looking like Vivo Z6 5G and Vivo IQOO 3 5G. this chassis design houses the Tecno phone hardware. from the ongoing, it now looks like a lot of copy and build is practiced among the android smartphone manufacturers. This is all probably in a bit to produce low budget phones. Presently the rate of look-alike phones in the market is very high.

Related: A detailed review of the Tecno Pouvoir 4 Smartphone

While examining the Tecno Camon 15, you will find out that the rear of this phone is house to an array of cameras(quad-camera), a Tecno brand Logo as a trademark, a fingerprint sensor, and a second-to-none camera flash.

On the flip side is the IPS LCD display of 6.55inches, a 720 x 1600 screen resolution, a 268ppi screen Density, and a clean punch holed camera carefully placed on the upmost center of this device.

Tecno Camon 15 appears in three various colors. This is the royal Purple, Shoal Gold, and jade. Selecting a color that fits your taste best won’t be a problem as there is present, color variety. 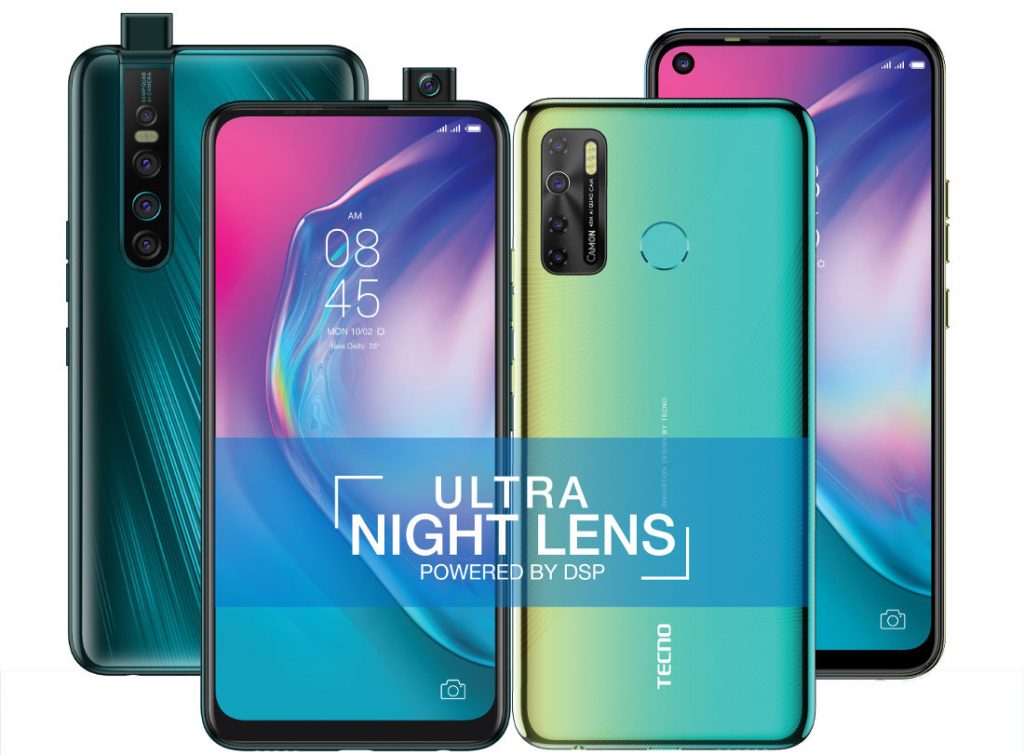 The Tecno Camon 15 seems to have paid close attention to their cameras, presenting the best and most powerful cameras featured so far on any Camon Series. Comparing the camera of camon 15 to that of camon 12, you will find out that it is indeed a huge improvement.

Related: A detailed review of the Tecno Spark 5 Smartphone

Holding the camon 15 smartphone to the front is a second-to-none 16MP punch holed camera with excellent flash.

With these cameras, the provision to take photos in Panorama and HDR is well placed. When it comes to videos, a 1080p@30fps is the best you get with any device. These features are the same as the selfie camera.

This smart device is powered by the popular Helio P35 Processor Octa-core Meditek, boasts of a 4GB RAM with 64GB built-in storage and an alarming long-lasting 5000mAh battery, this is actually the biggest battery found on any of the Tecno Camon devices/smartphones.

The Operating system of the Tecno camon 15 is the known Android 10(OS), with the HiOS 6.0.1 running on top.

Related: A detailed review of the Infinix Hot 10 Smartphone

The Tecno  Camon 15 is currently in the market for purchase as it was announced on the 21st of February 2020. it was launched simultaneously on the 5th of April 2020. The specifications of the Tecno camon 15 are as follows;

If your business has numerous followers on your company Facebook …