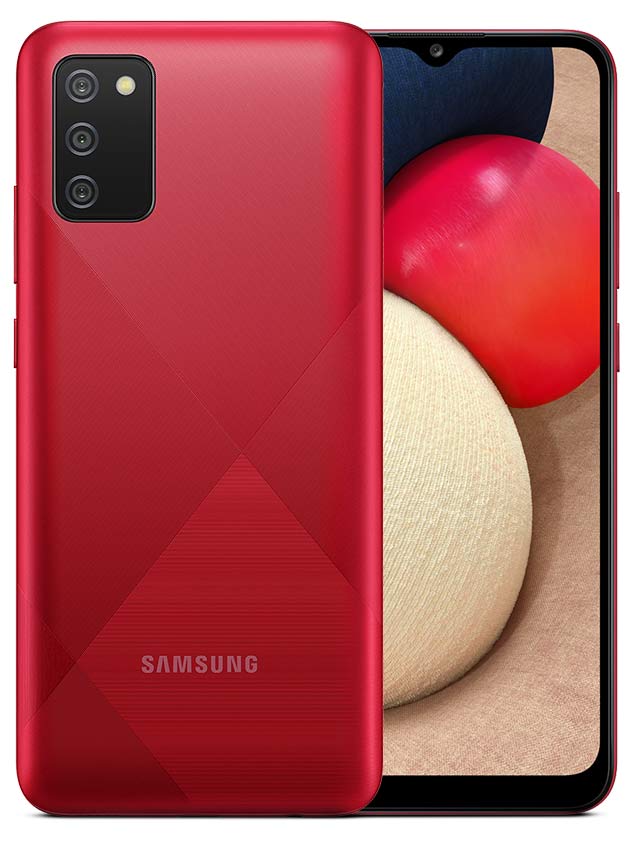 Samsung Galaxy A02s, a phone officially announced on the 24thy day of November 2020 is a smartphone built by the Samsung smartphone company.

The smartphone has a lot of qualities that stand it out from older Samsung models. The Samsung galaxy A02s is packed with 3GB RAM and a 32GB in-built-memory, it also has the ability to create more memory rooms using the MicroSDXC. With this it expands over a 128GB memory space, providing all the space you need for your activities.

This device is also built to serve you for a very long period upon a single charge. With a Li-Po 5000 mAh battery, the Samsung Galaxy A02s is able to last you throughout the day without problems. To its credit is also a 15W battery fast-charge that provides speedy charging in a very short while.

The smart device is built with a 6.5 inches TFT display and also a 720 x 1520 pixel resolution. This provides the clearest images while using the A02s Samsung device.

Made available in two colors, you can choose the one that suits your taste. The Samsung phone comes in Black and White.

Coming to the rear of the Samsung galaxy A02s, lots of features are found on the rear of this phone. One of the most outstanding features is the selling point of this device which is the Camera.

This phone is equipped with a triple rear camera which is broken down into the following.

These cameras are arranged in a straight horizontal form on the edge of the Samsung galaxy A02s. The selfie camera contains a 5MP quality that provides you with the best selfie shots to rock your world. Meanwhile, videos on this device are done with 1080@30fp.

This device is being run on the operating system of Android 10.

Other items that are featured on this device are as follows.

You will find out that the front part of this device consists of glass. The back and frame is also made of plastic. These features play a protective role in the Samsung galaxy A02s.

Another great feature is the SnapDragon450 Octa-core processor, Qualcomm SDM450 and Adreno 506 GPU that powers the A02s galaxy.

Specifications Of The Samsung Galaxy A02s at a Glance

Availability status – present In the market

Also Read: Review of the Samsung galaxy A12

In choosing your desired device, make sure you, first of all, understand the specification. this will help you avoid regrets.

Leave a reply for further clarifications.