Samsung Galaxy M12 is the 600mAh flagship phone of the M series. This device is built by the Samsung smartphone company. Samsung smartphone company has gained her self reputation of manufacturing the best kinds of phones in every circumstance. This outstanding device stands as proof of such relentless efforts. The features price and qualities of the Samsung Galaxy M12 will go a long way to attesting to these facts.

Previously, Samsung has produced lots of phones but this new brand looks like it will flagship the M series of the Samsung brand. 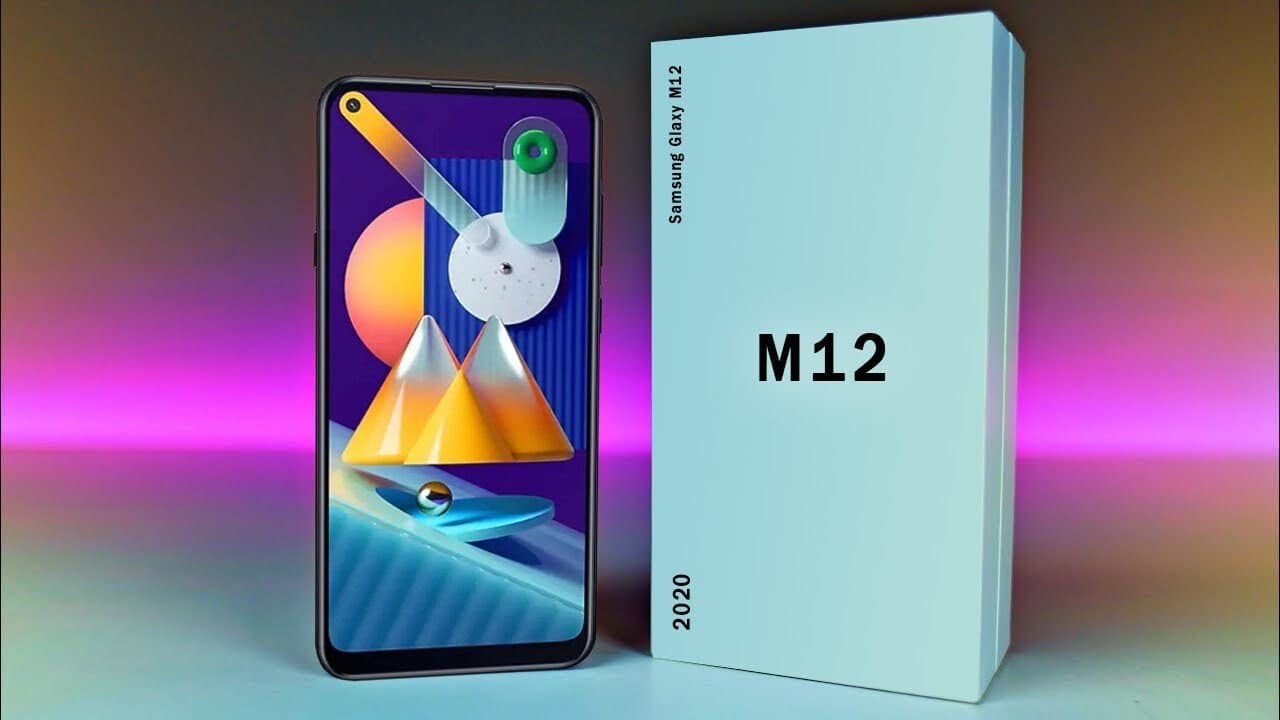 Samsung Galaxy M12 is furnished with a 6000 mAh Li-Po battery, with non-removable qualities. This battery solves your daily information needs for a very long time upon a single charge. It also charges in less time through the fast charge quality of 15W. this means that while you charge your phone in less time, it serves you for a very long time without recharge.

Samsung Galaxy M12 comes with cameras provided on both the rear and flip side. These cameras have second to non qualities that do not only help you capture thrilling moments, but stores them up perfectly.

The rear of this device contains a quad-camera of; 48MP wide camera with PDAF and f/2.2 aperture. Following is the 5MP 123° ultrawide camera with 1.2µm, measuring 1/5.0 inches and an f/2.2 aperture. The last two that after are a macro and depth camera of 2MP each and f/2.4 aperture.
The rear camera of this device also has a LED flash, HDR, and panorama qualities. Videos are done with 1080@30fps quality.

Samsung Galaxy M12 has a single selfie camera as well with an 8MP wide quality and f/2.2 aperture. It videos at 1080p@30fps and has an HDR feature.

Samsung Galaxy M12 was announced on 5th February 2021 but is yet to be released. The expected release date is the second month of 2021 year.

Detailed Review Of The Samsung Galaxy M12 At A Glance. The price of this smartphone is yet to be fixed since the Samsung Galaxy M12 has not been released into the market yet.

Leave your questions in the comment section for continued assistance.