//pagead2.googlesyndication.com/pagead/js/adsbygoogle.js
Home
Celebrities
The Biography And Net Worth of Cardi B

The Biography And Net Worth of Cardi B

Belcalis Marlenis Almanzar popularly known as Cardi B is an American Hip Hop recording artist, social media and television personality. Catapulted to fame when she launched her first solo single “Bodak Yellow” which earned her a top 10 on the US Billboard Hot 100 Chart.

Related: The Biography and Net Worth of Jay Z

Earlier before, she was a dancer on vine and Instagram which made her an internet celebrity. She also appeared in a reality TV series “Love and Hip Hop: New York.

Cardi B was born in October 1992, in The Bronx, New York. She was raised by her Caribbean émigrés parents, a Dominican father, and Trinidadian/Spanish mother. As a teenager who grew up in the streets of South Bronx, New York, joined a gang called “The Bloods”.

Related: The Biography and Net Worth Kim Kardashian

Cardi attended Renaissance High School for Musical Theater & Technology located on the campus of Herbert H. Lehman. She also worked in a supermarket and with her beauty and flavorful aura, she succeeded as a stripper. She later dropped out of school to focus on her job.

In February 2017, she signed her first record label contract with Atlantic records. In April same year, she was featured in I-D’s “A-Z” of music sponsored by Marc Jacobs.

On 16 June 2017, Cardi B released her first debut single “Bodak Yellow” which received nominations for Best Rap Performance and Best Rap Song at the 60th Grammy Awards. Cardi B was featured on Bruno Mars’ remix version of “Finesse” 2018.

However, Cardi B became the first woman to have simultaneously five 10 top singles on the Billboard Hot R&B/ Hip Hop chart in 2018. In March same year she released another single “Be Careful”. A week later, she released her debut studio album “Invasion of Privacy”. Her fourth album “I Like It” was released in July 2018.

Cardi B won 91 awards in two years and has been nominated in 260 awards and has received a total number of 9 BET Hip HOP Awards, 7 Billboard Music Awards, and 4 iHeartRadio Awards so far. Within a short period of time, Cardi B has received a Grammy Award and that says a lot about her success in her walk of fame.

Cardi B announced her collaboration with Reebok in November 2018 which is making it the third collaboration with a fashion producer, the first being with footwear designer Steve Madden, and her own Fashion Nova line. In January 2019, Cardi B signed a deal with Pepsi Co. to be the soft drinks spokesperson for a year.

Cardi B was previously in a relationship with Tommy whom she has also featured in VH! Reality Series. She secretly got married to Offset, an American Rapper. This was discovered by TMZ who confirmed their marriage license.

Cardi B started dating Offset in early 2017 and got engaged in October the same year. They both have a beautiful daughter Kulture Kiari Cephus, born July 10, 2018. She later disclosed that she and her husband had split on twitter on December 5, 2018.

In February 2020, Cardi B has an estimated net worth of more than $30 million. This fortune was made from her singles and mixtapes and partly by appearing on television shows. One of her single “Bodak Yellow” was called “the rap anthem of the summer” by the New York Times. She has so many music videos and has appeared in the music video of Red Café and Josh X. 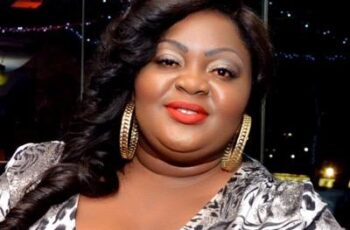 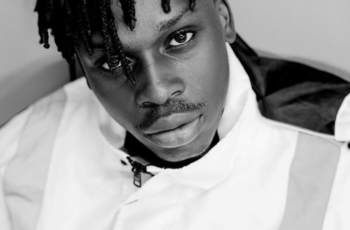