Bitcoin acceptance relies on peer-to-peer (P2P) technology, and as such, it is completely decentralized. Buyers transfer funds directly to sellers, without a third-party middleman to process payments between the parties’ financial institutions. 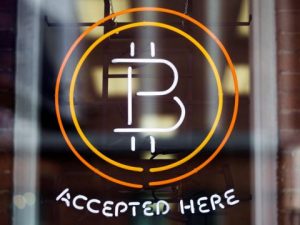 It is used primarily in online stores, bitcoin acceptance is quickly becoming more popular amongst shops, food establishments, service-based businesses and even car dealerships. Big-name companies that currently that have agreed on bitcoin acceptance include Overstock and Virgin Galactic.

Micro businesses might choose bitcoin acceptance for a number of reasons, such as being at the forefront of technology. Therefore, attracting customers who use bitcoin and eliminating certain kinds of fraud. Here’s what you need to know about the pros and cons of bitcoin acceptance as a form of payment.

The lack of a central intermediary dramatically reduces transaction fees. Small businesses accepting credit card payments often face fees of around 25 cents for each card swipe, plus 2 to 4 percent of the transaction total. These costs add up, which is why smaller stores often have credit card purchase minimums.

Bitcoin’s decentralized setup also protects merchants from fraudulent chargebacks. The transactions, like cash, are final, because no third party can reverse charges.

Bitcoin’s decentralized nature enables small businesses to expand and open their doors to international buyers for whom their products and services were once inaccessible. For example, a small electronics retailer reported selling $300,000 worth of merchandise to nearly 40 countries by accepting bitcoin.

Bitcoin acceptance offers another advantage by giving customers an additional way to pay while providing an extra layer of protection for their information.

Risks of Bitcoin Acceptance In Nigeria

Despite its benefits, there are several drawbacks to accepting bitcoin as a form of payment.

The highest risk of bitcoin is its price volatility, which makes the cryptocurrency’s value extremely unpredictable. To illustrate, bitcoin was first valued in pennies when introduced in 2009 but rose to $1,200 in December of 2013. After hitting that peak, bitcoin’s value plummeted to $600. Today, one bitcoin is worth more than $4,600.

“You will have to make some form of arrangement for translating your cryptocurrency back into your currency of record,” said Ariel Wolanow, managing director of consulting firm Finserv Experts. “Cryptocurrencies are volatile, [so] you will want to do this quickly and regularly.

Using a merchant service company such as BitPay or Coinbase helps insulate small businesses against that volatility by immediately exchanging bitcoin for cash value. Through these services, bitcoin payments are made in real time for the currency’s current value. The only reason for a business to hold on to bitcoin would be as a speculative investment, said Wolanow, but doing so essentially amounts to gambling with your revenue stream.

Although bitcoin transactions eliminate cyber threats like stolen credit card numbers, the currency still isn’t 100 percent safe. So far, there is no way to completely prevent cybercriminals from getting their hands on users’ bitcoin wallets. This is particularly dangerous because, unlike fiat currencies like the U.S. dollar and the euro, bitcoin and other cryptocurrencies are not backed or insured.

However, some cryptocurrency companies are working to change that. Coinbase, for example, holds less than 2 percent of customers’ digital currency online, and in the event of a breach, the company fully insures losses. All fiat currency maintained on Coinbase is subject to FDIC backing up to $250,000 just like conventional banks. However, these protections don’t apply if your personal wallet is hacked; it is still your responsibility to secure your personal account, but you can rest easy knowing that if the company suffers an attack, your funds are safe.

To better protect your accounts, you can enable multi-factor authentication on your accounts, secure and maintain your private keys, and regularly back up your data.

Read Also: 9 ways to protect your debit card against scam in Nigeria

Another issue with accepting bitcoin is that the regulatory landscape is subject to changes in the near future. Lawmakers are still working on crafting regulations to govern it. Once set regulations are in place, they are likely to evolve further, meaning business owners will have to be adaptable.

“Because cryptocurrencies are relatively new, there’s much uncertainty around how the government will work out kinks in its regulation,” Poelma said. “Indeed, new regulations could be passed by the time you read this. Bitcoin won’t be universally accepted until businesses are certain they know how to report gains and pay proper taxes on cryptocurrency transactions.

Any entrepreneur who chooses to accept bitcoin should be prepared to pivot and adapt to periodic changes in the law as a result. These changes could continue into the foreseeable future as cryptocurrency adoption expands and new problems and difficulties arise. 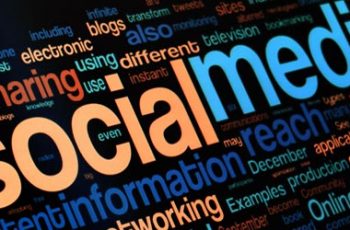 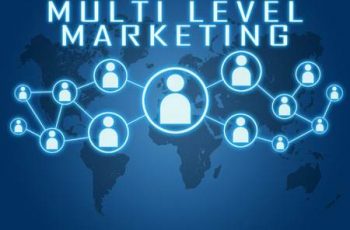