//pagead2.googlesyndication.com/pagead/js/adsbygoogle.js
Home
Crypto-Currency
Bitcoin Price Plunge: Is The Crypto Bubble About To Burst?

Bitcoin Price Plunge: Is The Crypto Bubble About To Burst?

The recent bitcoin price plunge was the most significant dip since March last year. The question in the mind of most traders is if the crypto bubble is about to burst. According to Bloomberg, a steep selloff in Bitcoin raises concerns that the crypto bubble may be about to burst. This is one thing bitcoin holders and crypto traders dread to see. In the past 48 hours, bitcoin slid as much as 26% in the biggest 2-day dip since March 2020.

Since Friday (January 8, 2021), bitcoin has wiped out almost $185 billion in value. This is more than the market capitalization of 90% of individual companies in the S & P 500. You can get the picture now. Crypto analysts are yet to determine whether this is the beginning of a larger correction. Meanwhile, we have seen this parabola break, so it might just be the start of a larger correction.

During the past year, especially in December, the bitcoin experienced an unprecedented bullish run. The movement evoked memories of the 2017 mania that first made digital currency a household name. Also, the price crashed just as quickly as it skyrocketed. On January 8, the price of bitcoin almost reached $42 000. In that bullish run, retail traders and Wallstreet investors were clamoring for a piece of the action.

Matt Maley, the chief market strategist at Miller Tabak + Co, highlighted that the bitcoin’s bullish run was a parabolic move. The question we all need to answer is this, “what happens with all parabolic moves?” You will experience severe corrections. Although bitcoin price plunge is currently “shaking” the market, it will still rise higher in the long-term. But it will still experience more corrections along the way.

Is It Time To Take Some Money Of The Table?

Their reason is that the asset has matured as a result of the entry of institutional investors. Therefore, they believe the asset is increasingly seen as a legitimate hedge against dollar weakness and inflation risk. Meanwhile, others worry that the bitcoin rally is untethered from reason and driven by vast swathes of fiscal and monetary stimulus. This last group of people argues that bitcoin is unlikely to serve as a viable currency alternative.

As many investors move to enrich themselves on Bitcoin, the asset has begun to draw regulators’ attention. UK’s Financial Conduct Authority (FCA) has warned that investing in crypto assets or investments linked to them are high risk. The FCA’s concerns include price volatility, the complexity of the product offered, and the lack of consumer protection regulation.

Why Do We Get Extreme Bitcoin Price Plunge?

Many factors influence the extreme bitcoin price crash. Although there is no clear industry consensus on the reasons, there are plenty of suspects to look into. Here are some of the worthy mentions to consider as bitcoin price fall from grace:

According to Bloomberg, about 2% of the total bitcoin holders own at least 90% of the total coin available. These big bitcoin holders are known as “whales” in the crypto space. CryptoQuant CEO Ki-Young Ju said the reason for the bitcoin price plunge is partly because crypto whales started making large deposits of their bitcoin holdings to exchanges to cash in on bitcoin record highs. This is exactly the same scenario that played out in the 2017 bull run. Whales contributed to a significant shift in crypto’s value just by moving their assets to other platforms. According to the blockchain analytics firm, IntoTheBlock, whales uploaded 93,630 BTC in different exchanges. The amount totaled more than $1.6 billion.

Many people, especially bitcoin lovers, believe that the current bitcoin price plunge was to be expected. They see it as a good thing to allow bitcoin to let out a bit of steam before skyrocketing to dramatic new heights. The argument is logical but vague since there is little data to support such a claim.

The United States regulators have always had a dysfunctional love-hate relationship with crypto assets. SEC’s recent court case with Ripple should ring a bell and serve as a souvenir to those in doubt. The recent news shows that the U. S. Treasury Department wants to implement a mechanism that empowers them crypto wallets of users. Such new will undoubtedly trigger some sell-offs.

You shouldn’t underestimate the impact of the average trader. There is certainly a large group of battle-hardened bitcoin investors and holders who still carry the 2018 crypto winter scars. They have been waiting patiently to recoup their losses or at least have a second chance at redemption. Such people were only waiting to sell their BTC at record high prices.

Today, bitcoin is anybody’s game, and savvy investors are aware of this. Therefore, when the price dips suddenly, nerves get frayed, and sell buttons are clicked. Many bitcoin holders may propagate the crypto’s unstoppable rise; they may not be so optimistic in private. All remember the saying, “buy the rumor, and sell the news.”

The recent drop in bitcoin price has been accompanied by a large liquidation of multiple derivative positions. The amount almost hit $2 billion, and this led to “market overheating.” It means that the value of perpetual contracts has become greater than the value of bitcoin.

We have sophisticated trading and institutional products like Futures, leveraged margin trades, and decentralized finance protocol. The implication is that a little slide in bitcoin’s price can initiate a chain reaction by trading bits. This can lead to an abrupt oversupply of BTC and a further crash in price.

The recent bitcoin price plunge proves the high volatility of the crypto market. Therefore, before you decide to hold new positions or exit existing ones, take your time to study the market. You need to understand that there are many stakeholders, and each plays a significant role in bitcoin’s price movement. 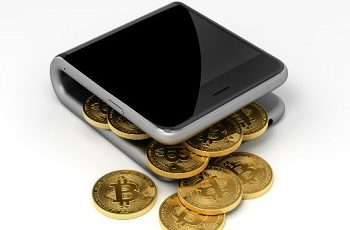 Much people in Nigeria are discovering the need to use … 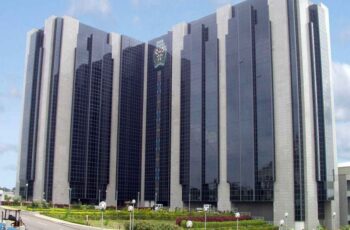