With the adverse effect of the covid-19 pandemic on the world economy, investors seek dependable safe-haven assets to protect the value of their funds. According to Michael Saylor, the Chief Executive Officer of MicroStrategy, Bitcoin is a compelling institutional-grade safe-haven asset. With its performance so far in 2021, Bitcoin is capable of attracting more mainstream investors.

Since the third quarter of 2020, wall street institutions have been embracing crypto assets, especially bitcoin. The ongoing recent Bull Run has its roots in the massive embrace of these institutional investors. Online payment giant PayPal announced its support for bitcoin and other altcoins. Currently, people can trade bitcoin and some selected altcoins on the PayPal platform.

Institutions like Greyscale, Microstrategy, Square, etc., all have invested heavily into bitcoin. Based on the ongoing adoption, there is a high chance that corporate firms will be completing their balance sheets with bitcoin in the future. Excess cash is becoming a drag on shareholders’ value in our current monetary system. Therefore, we should expect more institutional investors to embrace bitcoin as a treasury reserve asset.

What Is A Safe-Haven Asset?

They are those assets that maintain their value, appreciate, or outperform when the financial market crash. However, a safe haven asset is not guaranteed to yield positive returns in every market dips. Investors seek safe-haven assets to limit their exposure to losses during a bear market. Safe-haven assets can vary depending on the particular down market. Therefore, to have a safe-haven asset, you need to perform ample due diligence.

Investors diversify their portfolios using safe-haven investments. Such investments are beneficial in times of market volatility. Examples of safe-haven assets include Gold, Treasury bills (T-Bills), Defensive stocks (healthcare, utility, etc.), and cash. Although cash is considered the only true safe-haven during a market downturn, it offers no real return and is negatively impacted by inflation.

Bitcoin is a Good Hedge Against Inflation

The truth is, in a covid-19 stricken world, there is no such thing as a safe-haven investment. Everything is taking a hit, but certain investments are taking the hit less than the majority of the others. Bitcoin is arguably a good hedge against inflation; thus, it can be seen as a store of value.

Read: Bitcoin Price Plunge: Is the crypto bubble about to burst?

In today’s monetary system, consumers need a currency that has the capacity to rise to keep up with inflation. Bitcoin helps to protect the holder’s purchasing power. According to JPMorgan Chase analysts, bitcoin will continue cementing itself as a hedge against inflation. In the long-term, this could edge out gold by driving more investment flows into bitcoin.

Can Bitcoin Be Seen as a Safe-Haven Asset?

David Smooke, Founder and Chief Executive of Hacker Noon, believe that it will be irresponsible to see bitcoin as a safe-haven investment. According to Smooke, the shift in narrative around bitcoin has major implications, especially for the digital financial world’s future.

Bitcoin can be the backup to omnipresent digital cash. However, it is currently inefficient to handle the volume of micro-transactions that the mass adoption cash system requires. Many people have come out to describe bitcoin as the “digital gold,” but is that really true? Well, no matter how much we would want to believe that, bitcoin is certainly not digital gold.

Although bitcoin is limited in terms of the number of tokens, it has no barrier to competition. This is the reason we have more than 50,000 cryptocurrencies. There is no doubt that bitcoin has a special place in the world of store-of-value assets. Like other store-of-value assets, bitcoin drives its value from the scarcity of supply. According to Anton Altement, Chief Executive of Osum.Finance, whether or not bitcoin will be considered a safe-haven asset, is dependent on public perception and narrative. To Altement, store-of-value is not an intrinsic quality of any of the things that society collectively agrees are valuable.

Today, there are many bitcoin advocates from an institutional standpoint. We have top business leaders coming out to express their support and affirm the inherent potentials in bitcoin. Today, bitcoin is increasingly recognized as a hedge against inflation. The outstanding price-performance of bitcoin has reinforced the roles of these institutional advocates.

The crypto asset touched an all-time high of above $40,000 on more than one occasion in the week. Some believe that bitcoin will record a price of $146,000 in the next decade. JPMorgan Chase analysts are one of the market experts who are certain BTC will hit that mark.

Bitcoin is more of a store-of-value asset than a safe-haven asset, considering the market’s volatile nature. The potential of bitcoin is not in question. However, we need to exercise a little restraint on how we project the mascot to rise of digital cash (Bitcoin). 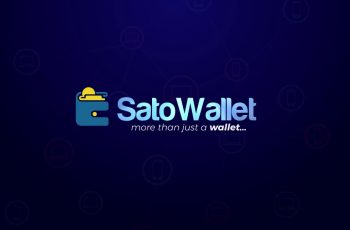 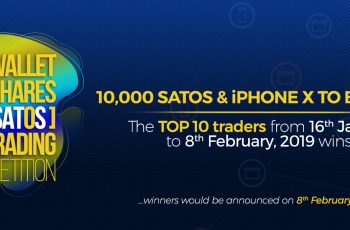 Refer Your Friends To Earn Satowallet Exchange has built a large …