//pagead2.googlesyndication.com/pagead/js/adsbygoogle.js
Home
Crypto-Currency
What Is Lightning Network And How Does It Work?

What Is Lightning Network And How Does It Work?

In this article, we shall be exploring the concept of Lightning Network and how it works. When Satoshi Nakamoto first proposed the concept of Bitcoin, James A. Donald told him, “the way I understand your proposal, it does not seem to scale to the required size.” More than a decade later, scalability is still one of Bitcoin’s biggest problems and other cryptos.

Before we go any further, what is scalability? In the blockchain system, “scalability” is comparative. It highlights the ability of the system to achieve a higher transaction per second (TPS). The system can achieve this by modifying its consensus mechanism or adjusting other system features.

Also Read: How to store your Bitcoin and keep it safe

Since its invention, Bitcoin has only processed around seven (7) transactions per second. Although this processing efficiency was enough initially, the Bitcoin system has been congested over the past years. Before Bitcoin and other cryptos like Ethereum can become an alternative to the current payment systems, they must compete with them. Currently, these cryptosystems systems are not even close to bridging the gap, especially on scalability.

To put things into perspective, let us compare the infinitesimal 7 transactions per second of Bitcoin to VISA’s 24,000 transactions per second. You can see that there is a long way to go in bridging this gap. Over the years, there have been several proposals on how to improve the scalability of Bitcoin. However, there is yet to be a resounding consensus on the best option. This is the reason we see multiple Bitcoin-like networks leaving the original one.

There is currently one proposed solution that might do the magic and solve the Bitcoin scalability problem. It is called the Lightning Network.

What Is The Lightning Network?

Looking back in time, there was a time telegram was the fastest and most efficient way of communication. Before you want to access this service, you will have to your local post office and fill a form. After filing the form, you will have to pay for your message, depending on the number of letters in it. After you have done all these, the message would get telegraphed to the nearest telegraph office for transmission. Once it has been transmitted to the distant end, a postman would then take the telegram to its destination. The case of the telegram is exactly the current state of the Bitcoin network.

In simple terms, the Lightning Network is akin to having the person you want to speak with on speed dial. All you have to do is press “1,” and the person’s number is already ringing. The Lightning Network doesn’t care much about keeping records of every transaction. It focuses on adding an extra layer to the Bitcoin’s blockchain network. This approach enables users to create payment channels between any two parties on that extra layer.

The layers can exist for as long as they are required, and because they are established between two people, the transactions will be instantaneous. Another interesting occurrence is that the fees will very low or, in some cases, non-existent. This network concept was first described by Joseph Poon and Thaddeus Dryja five years ago (2015). You can read more about the whitepaper here. Blockstream, Lightning Labs, and ACINQ all came together to develop the Lightning Network. However, there are inputs from other members of the Bitcoin community.

How Does The Lightning Network Work?

The working principle of the Lightning Network is quite simple and easy to understand. For example, you and your sister or brother may be working together and needs to send money to each other rather often, quickly, and with little fees. Hence, both of you decided to set up a channel on the Bitcoin Lightning Network.

First, both of you will have to create a multi-signature wallet, which grants you access with your respective private keys. After that, both of you can deposit a stipulated amount of BTC each into the wallet. It can be 2 BTC each or any amount agreed upon. From this point, subsequently, you can carry out an unlimited transaction with your sibling. Most importantly, these transactions are redistributions of the funds that are stored in the shared wallet.

For instance, if you want to transfer 1BTC to your sibling, you will need to transfer that amount’s ownership right to him or her. After the transaction, both of you can use your private keys to sign an updated balance sheet. The actual redistribution of funds takes place after the channel has been closed. Lightning Network’s algorithm uses the most recently signed balance sheet to determine who gets what. If both of you decide to close the channel after that single transaction, your sibling gets 4 BTC while you get 2BTC.

Once this network is up and running, you won’t necessarily need to set up a dedicated channel to transfer funds to a particular individual. You can send funds to people via channels with people you are already connected with. The system will automatically provide you with the shortest route to execute such a transaction.

On the issue of security, it will be good to note that although this concept works on the blockchain, it doesn’t have the blockchain system’s security. Therefore, it is likely that the Lightning Network will be used for only small transactions. Larger transactions that need decentralized security will most likely be done on the original blockchain layer.

One more fascinating feature of this network is its cross-chain atomic swaps. It means that you can swap any given cryptocurrency for a different one without using crypto exchanges. The first exchange between the Bitcoin and Litecoin test blockchain is already a success.

The Pros and Cons Of The Lightning Network

As we have highlighted earlier in this article, this network is only taking its first steps in the crypto space. The concept is very much in development, and whether it lives up to the hype is left to be seen. If it lives up to the bidding, here are some of its advantages:

Once the network goes live, you won’t have to wait for several confirmations of all transactions you are trying to execute. Your transaction will be executed almost instantaneously, irrespective of how congested the network is. Once this is achieved, the crypto market will stand a better chance to compete with traditional payment systems like PayPal, VISA, and MasterCard.

It will undoubtedly take the transaction per the second figure of Bitcoin and other cryptocurrencies higher. Some people are postulating that it can be up to 1 million transactions per second.

Since the first trial has proven to be a success, this promises to be great for cryptocurrency transactions and exchanges. Provided the two blockchains have the same cryptographic hash function, users can send money from one chain to another. This will also be achieved without the need for a third party.

We all can agree that the leading disadvantage is that it is not in use yet. Therefore, there is no way for us to ascertain how good or bad it is. However, the concept looks great on paper.

The network is conceptualized as a web of channels that allows for seamless transactions. Meanwhile, there is no way for us to ascertain if the payment would take a too convoluted route. If your transaction goes through dozens of intermediate channels, the fees will certainly accumulate.

A major disadvantage is that the current version of the channels is capped. It implies that the amount of Bitcoins in the multi-signature wallet by the two users upon establishing a channel is the maximum amount of funds available in that channel. Some users will have to choose between having liquidity within the Lightning Network channels and having liquidity outside the channel, on the blockchain’s main layer. This is not ideal, especially for users with limited resources.

Crypto enthusiasts have voiced their concerns on the formation of “hub” on the network. These hubs are a sort of nodes with a lot of capital that most transactions will go through. Meanwhile, it is very unlikely that the hubs will make any significant profit of transaction fees.

The above advantages and disadvantages of the Lightning Network are purely Speculative and prone to change.

The Lightning Network promises to bring an end to scalability problems in Bitcoin and other crypto-based systems. However, time will reveal if we are right about this or not. Meanwhile, as a crypto enthusiast, I hope we are right, and this network brings a new dawn in the crypto space.

For your contributions and questions, kindly use the comment section below. 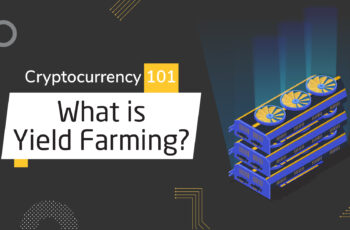 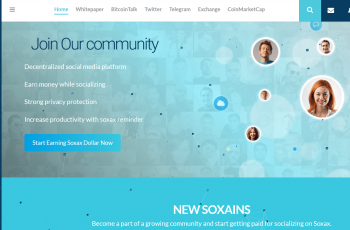 SOXAX, the social media that does more. Following the negative …