//pagead2.googlesyndication.com/pagead/js/adsbygoogle.js
Home
Advice
How to Become a Government Contractor in Nigeria

How to Become a Government Contractor in Nigeria

To become a government contractor is good for business. During economic downturns, the private sector is always affected when consumer and business revenues and spending contract with the shrinking of the credit system.

However, the public/Government sector remains in control and most times even recovers more revenue. This is because the government raises its revenue more from abroad through exports and other receipts.

In this period of economic crises, the private sector experiences lots of budget cuts and downsizing, but the public sector always spends more to resuscitate the economy.

In this case, the private businesses or firms that sell its goods and services to the Government are on a better footing because the Government remains consistent and never downsizes its expenditure. Suffice it to say that its always safer being a Government supplier or contractor as it will save lots of shocks.

Related: How to become an event planner in Nigeria

Aside from the financial benefit of selling goods and services to the government, the business profile of the businessman is also raised. So you are advised to avail yourself of the following business opportunities and more with the federal, state, and local governments: construction, purchasing, and supply, service rendering, training services, project supervision, management consultancy, information, and communication technology amongst others.

Also read: How to become a makeup artist in Nigeria

Also, the United States government has set a goal that 23 percent of all contracts go to small businesses. This is to ensure that small businesses, which form the majority of businesses in the country, are used as instruments for reviving the economy whenever it’s going comatose. This also is the same in many other countries.

Government total expenditure is almost totally spent on purchases of goods and services. However, contrary to the norm where businesses attract customers, the Government is rather a “special” customer that attracts businesses. The reasons for this strange trend are as follows:

From the revelations so far, you can see why you can become a government contractor. However, the good news is that the Government hardly works with permanent suppliers, they always work with people per project, so there is still an opportunity for you to become one of its suppliers someday. It’s extremely difficult to become one government’s suppliers because of the stern competition involved. Interestingly, it’s the onus of this piece to give you cracking tips that will make you succeed when next you bid for that government project. Just endeavor to go through them with akin attention.

How to Become a Government Contractor

To become a government contractor, the first thing to do is to identify whether you are best positioned to sell a service or good to the Government and what good or service that is. Then you need to identify the tier of Government you are selling to, whether it’s the federal, state, or local government.

If you identify the tier of government you wish to sell to, the next thing is to identify the agency or agencies of Government that purchases such good or service, how they purchase it and make it or them your target customer(s). All you have to do now is to monitor the activities of these agencies to know when they will call for supplies, then you cash in on the opportunity.

It will also help you to plan better if you take into consideration the following: approved list of products and services to purchase by target Government agencies; the yearly budget of these agencies to look out for revenue allocations and recurrent expenditures.

You must understand that the Government is the formal sector and doing business with the government requires lots of formality and protocol. Before going ahead to place bids for Government projects, ensure that you have the various certifications, documents, skills, and of course time and patience required by such projects. This will save you the anguish of being rejected at the end.

This is very vital if you will become a government contractor. In almost all cases of Government projects, you are expected to commence and sometimes even complete the project before you are paid. So you need to have enough finances before venturing into that. One more time, check your finance!

Some countries’ regulations require businesses to register with the Government and obtain an identifying number to be qualified to bid for government contracts in cases of their availability. Most times, you are also be required to register under the specific government agency you want to work with, aside from the general registration.

If you come across the opportunity to take a government contract that involves more skill or machinery than your business can provide, rather than ignore such opportunities, go ahead to apply for them. You can partner with another business that has the capacity to complement your skill or machinery. This can help you become a government contractor

To become a government contractor, the act of networking is paramount. The scrabble for Government projects is too high that you need some other factors other than being qualified to come out successful. To be able to stand out and get jobs with the Government, you have to know the right people who can help you push the right buttons.

You would need to make friends with decision makers and people in high places and your social skill must be very high. For effective networking, you need to; attend conferences and other events where you can get to meet potential contractors; network with politicians, government officials, and everyone involved in government that you come across.

Furthermore, reading government publications, newspapers and attending forums and events organized by government agencies is a good way to network and meet people who can assist you in building a successful business as a government contractor.

Also, you can consider offering some free services or goods for a start. This can help you create goodwill with the Government that can result in subsequent demand for your goods and services. This enables you to become a government contractor

Government projects are usually capital intensive. To undertake such projects you need some good amount of money to start in case you are required to commence or complete such project before payment. If you cannot privately fund these projects, it would do you some good to liaise with a financial institution that can provide you with some credit facility to undertake heavy capital intensive projects.

When sending out your project proposal to your target Government agency, ensure that the document is well and competitively written to carefully explain what you are offering and how it would be of benefit to the agency. This can fetch you some job.

In being a government contractor, your records speak for you. So you have to ensure that your services and goods are of the best quality. This can be made possible if you work with the right people. So employ experienced and qualified professionals who understand the importance of providing quality services, to work for you. The right set of people around you helps you become a government contractor

As stated earlier, you need to build your portfolio by garner enough experiences. To garner experiences, you can become a sub-contractor performing smaller jobs for established government contractors.

For instance, if it is a building project, you can take up the electrical installation aspect. Gradually, you would be able to build your portfolio and gain some experience to help you stand on your own and become successful.

Government tends to favor businesses owned by some category of people in the society who are seen as not too favored. Examples of such people are veterans, women, and people from certain communities. If you belong to any of these categories, then you should take advantage of this governmental norm and land some juicy contracts for yourself.

To be a successful seller to the Government, you need to be moderate when bidding for projects. Being too aggressive with your proposal, can portray you negatively and might kill rather than help your chances of landing a contract. The government is different from the private sector and requires a different approach.

When you are ready to become a government contractor, make sure you get the above steps right before bidding for any project as that will give you a better footing to land such job. This is the most competitive aspect of being a government contractor and is the major determinant of whether you would get a job or not.

When a job is advertised, different registered companies would submit their bids and a winning bid would be chosen. The endeavor you are not in a hurry when making bids.

This is to enable you to understand the nature of the project and write a proposal that fully addresses such a project in its entirety while convincing the government that you are the best for the job.

In order to place a winning bid, there are two things you have to put into consideration. First, you have to be able to show that you understand the project and you have the necessary skills, knowledge, experience, and equipment that would be required to complete the project.

Then, you would have to come up with a price that is neither too high so that it becomes unreasonable nor too low such that it looks like you don’t know what you are talking about.

You also need to price the project within realistic and advantageous limits backed by both you and the government’s budget put side by side. You need to ensure that you neither overprice nor underprice the project. You can also go the extent of researching the pricing of other contractors on the same project so as to help you stay competitive with your pricing. 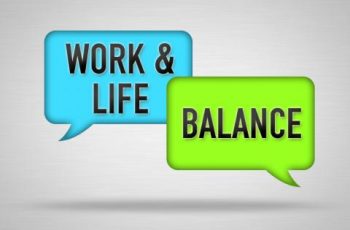 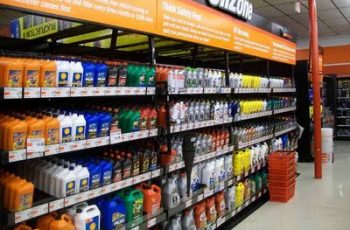 How to start engine oil business in Nigeria Engine Oil …