Money is something some people don’t truly grasp even until the point of death. We all know that to become financially independent is everybody’s dream and aspiration. Some make it, others don’t.

The truth is that from mystic and spiritual perspective, the supernatural and even the natural has enough for everybody on earth. The truth is usually that some people don’t dig deep enough to unravel the riches. Others are just contented with having a little.

Related: 10 financial books you should read before the end of 2017

As an entrepreneur, your aspirations will be to get to that investor quadrant that Kiyosaki talked about. You can get there or you may not go there.

Today, I’m sharing Brian Tracey’s view on why some people don’t become financially independent. Brian Tracey is a Canadian-American motivational speaker and self-development author. The guy has over 60 books to his name that has been translated into multiple languages.

I’m going to be sharing his points verbatim to avoid misinterpretation. 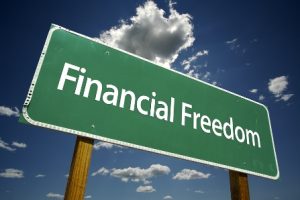 The first reason people don’t become financially independent is what he calls “who me?” Here is how he explains it.

First, at the top of the list, is that it never occurs to them. The average person has grown up in a family where he has never met or known anyone who was wealthy. He goes to school and socializes with people who are not wealthy.

He works with people who are not wealthy. He has a reference group or a social circle outside of work who are not wealthy. He has no role models who are wealthy. If this has happened to you throughout your formative years, up to the age of twenty, you can grow up and become a fully mature adult in our society, and it may never occur to you that it’s just as possible for you to become wealthy as for anyone else.

And of course, if it never occurs to them, then they never take any of the steps necessary to make it a reality.

Making a decision is the second reason people don’t become financially independent. Here is his explanation.

“The second reason that people don’t become wealthy is that they never decide to. Even if a person reads a book, attends a lecture, or associates with people who are financially successful, nothing changes until he makes a decision to do something different”.

“Even if it occurs to a person that he could become wealthy if he just did certain things in a specific way if he doesn’t decide to take the first step, he ends up staying as he is. If you continue to do what you’ve always done, you’ll continue to get what you’ve always got. The primary reason for underachievement and failure is that the great majority of people don’t decide to be successful.”

They never make a firm, unequivocal commitment or definite decision that they are going to become wealthy. They mean to, and they intend to, and they hope to and they’re going to, someday. They wish and hope and pray that they will make a lot of money, but they never decide, “I am going to do it!” This decision is an essential first step to becoming financially independent.

The third reason that people don’t become financially independent is procrastination. People always have a good reason not to begin doing what they know they need to do to achieve financial independence. It is always the wrong month, the wrong season, or the wrong year.

Business conditions in their industry are no good, or they may be too good. The market isn’t right. They may have to take a risk or give up their security. Maybe next year. There always seems to be a reason to procrastinate.

As a result, they keep putting it off, month by month, year by year, until it’s too late. Even if it has occurred to a person that they can become wealthy, and they have made a decision to change, procrastination will push all their plans into the indefinite future.

The fourth reason that people become financially independent is what economists call the inability to delay gratification. The great majority of people have an irresistible temptation to spend every single penny they make and whatever else they can borrow or buy on credit.

If you cannot delay gratification, and discipline yourself to refrain from spending everything you make, you cannot become wealthy. If you cannot practice budgeting as a lifelong habit, it will be impossible for you to achieve financial independence. As W.Clement Stone said, “If you cannot save money, the seeds of greatness are not in you.”

The fifth reason that people don’t become financially independent is perhaps as important, if not more important, than all the others. It is lack of time perspective. In a longitudinal study conducted by Dr. Edward Banfield at Harvard University in the 1950s and published in 1964 as The Unheavenly City, he studied the reasons for upward socio-economic mobility.

He wanted to know how you could predict whether an individual or a family was going to move upward one or more socio-economic groupings and be wealthier in the next generation than they were this generation. All his research brought him to a single factor that he concluded was more accurate than any other in predicting success in America.

They called it time perspective. This was defined as the amount of time that you take into consideration when planning your day-to-day activities and when making important decisions in your life.

Time perspective referred to how far you projected into the future when you decided what you were going to do or not do in the present. An example of long time perspective is the common habit of upper-class families in England to register their children at Oxford or Cambridge as soon as the child is born, even though he or she will not be attending for eighteen or nineteen years. This is long time perspective in action.

The young couple that begins putting $50 dollars a month aside in a scholarship fund so that their newborn child can go to the college or university of his or her choice is a couple with long time perspective. They are willing to sacrifice in the short term to assure better results and outcomes in the long term. People with long time perspective almost invariably move up economically in the course of their lifetimes. 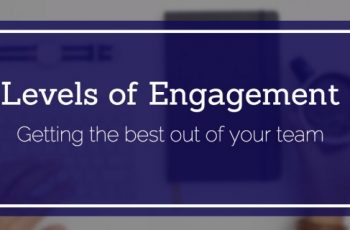 IN TODAY’S BUSINESS, EMPLOYEE UNDERPERFORMANCE has become a growing problem … 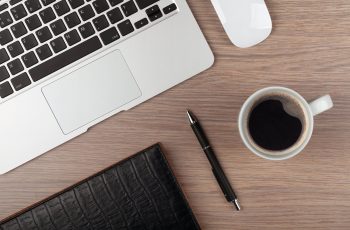 Nigeria is a home to people from diverse tribe  and …