Home
Opinion
10 Reasons why you should invest in Africa

Over the years, Africa has been experiencing many hurdles and serious setbacks in developing its coasts and getting itself out of the unpalatable economic downturn. In a way to help her out and meet the UN vision 20 in year 2020, the AU had organized many economic fora in various member states in order to meet the target set for them on economic development in Africa.

We all know that, Africa has the potential and resources to accommodate the world.

Africa as a continent is blessed with lots of potentials that can be unleashed or tapped, in order to develop its emerging economy and even help other continents that are ready to support and launch into her new atmosphere. The economic growth in some African countries has risen from 4.7% in 2013 to about 5.2% by the middle of 2014.

Amidst the issues arising and negative perspectives about Africa, there are plenty reasons to invest in its economy.

1: Africa Is A Developing Continent

It cannot be over emphasized that the African continent apart from being one of the oldest is also an emerging or developing economy. This means that, there are still lots of sectors of the economy which can be tapped and build to a level of stability, and could ultimately be a point of reference for the whole world. For the fact that Africa countries are developing does not mean that it cannot meet up with other developed economy and even compete with them.

The African economy as a matter of urgency and opportunity still needs to be explored to the fullest. And this can only be achieved through a joint effort of various investors, individual and corporate organization to support the course of utilizing the inherent potentials in Africa, in terms of land, mineral resources and manpower.

2: It Is Cheaper and Less Burden To Produce And Sell In Africa

Lastly, investing in Africa will make you produce and sell more or even faster. Since the raw materials are much more than available in Africa, it will be creatively imperative to think of starting to invest in a place where you can get all the resources (human, material, government, market and even capital). As a result of this, it will be less burden for the investors to do business with ease and still generate more profit with less tax.

Imagine getting all the materials and resources you need from Africa, gather everything in Africa, and still put your capital to start the business in Africa, with this, you will definitely make almost 100% or more profits from your investment.

IN FORBES: You should consider reading why you should invest in Africa

As Africa’s economy is growing, so the labor force. African countries are growing in size of number, with an estimated projected population of 1.069 billion by year 2050 according to World population statistics (WPS), you will agree with me that African continent has a great potential of both skilled and unskilled labors.

If this estimated figure by the WPS is anything to go by, it means that Africa may surpass China in labor force before 2050.

Investors who have eyes for the future would know that, to a diversified and cheap labor (skilled and unskilled), Africa is the place to come for business. Most African countries like, Nigeria has a labor force that can convince any potential investor to come and invest, coupled with the growing GDP of 522.64 US Dollars in 2013 alone, and other African countries like South Sudan, Sierra Leone, Cote d’Ivore and Ghana who has increasing growth in their GDP as well. Africa is a good haven for interested foreign investors.

4: The Raw Materials Are Much Available In Africa

Many years ago, I could remember that Nigeria was said to be the largest producer of palm oil in the world. They have more agricultural presence than any other country, before Malaysia came in and took a sample of palm kernel to their country for plantation. Today, Malaysia is one the largest producers of palm oil in the world. Africa is the source of most raw materials you need. Cocoa and Timber are essential raw materials that come from Africa.

It is believed that, both cocoa and timber have been the source of GDP of most Africa countries, especially Nigeria. Asphalt and granite abounds in most African countries, which is used for road construction in most countries in the world. As a matter of fact, most of the raw materials used in producing several products being sold back to Africa is possibly in Africa. It is more cost effective and easier to invest in Africa. Don’t forget that cassava is a raw material that can be used to produce so many thing starting from.

5: Africa Soil and Weather is Good For Farming

Considering the weather condition in most Africa countries, it is still advisable and recommended for prospective investor to come to Africa and make viable investment propositions that will eventually yield high profit.

Like I said at the beginning of this article, agriculture is a good area of investment, most especially in Africa. The weather condition in Africa, especially West Africa is favorable and gives room for better farm produce. It is the favorable weather in Nigeria that helps the northern and the southern parts of the country to be proactive in their farm produce every year.

The same applies to other West African states. Likewise the rain, it seriously contributes to the production because, unlike places in the middle east where there are few drops of rain in a particular year. But in most African countries, the rain comes at its season and dry season comes when necessary.

6: The Market Is In Africa

Talking about the market for most products, Africa is the most targeted market. In Africa, product sells  faster than it does in other continents because the need and demand for such products are very high. It is researched that, most African countries love luxuries and want to be in vogue, trendy and updated in all spheres of life; for this reason, they will do all they can, to buy themselves those items that will make them become a model or a reference point.

With this, the investor is assured of hitting his sales target, breaking sales record and at last, making huge profit from sales.

One of the problems that is setting Africa back is the lack of mechanized farming technique in her farming system. The rate of development in most African countries is low, except for South Africa, Egypt and few other countries, that has struggled to truly witnessed a better atmosphere of progressive developing economy.

The most populous African Nations are battling with the mess on how best they can actually feed their citizens, which means they can’t feed the whole world. One can tap into this idea and start importing farming implements based on the category of usage. For instance, We have implements for soil cultivation process, Planting stage, fertilizer and pest control stage, Irrigation stage, harvesting and post-harvesting stage, which involves the hay-making.

At every stage of advanced mechanized farming, it is important to use the right implement in order to achieve the best farm produce outcome.

Because true and advanced development is still lacking as far as Africa is concerned, except for South Africa and maybe Egypt and some few countries in Africa, that have some feasible development so far, hence, she needs a lot of investors.

African leaders have flexible policies that guarantee the success of any foreign or local investors that are ready to put their money into any sector of the economy. Aliko Dangote is the richest business man in Africa with large margin, and it is the flexible government policy in Nigeria that gives him that opportunity.

Prospective investors can make use of this government policy and come to Africa to invest in all the sectors. The tax payable for most local investors are encouragingly okay without too much duties or hidden charges, compare to countries like England where investors pay high taxes.

9: Africa Has the Potential to Feed the Whole World

Of cause it is also true that Africa countries have enough unused or untapped resources. This is not lack of manpower or knowledge anyway; it is the lack of mechanized farming mentioned above that gives room to so much unused farm lands.

With over 1 billion people in Africa and up to 30,221,532 km² land area, according to an online encyclopedia, of which almost half of it has not been tapped or used for the right farming purpose.

With the growing GDP of 522.64 US Dollars as at 2013 in Nigeria alone, the possibility of investors having almost 100% returns on their investment is sure. Africa as an emerging economy is much more vulnerable to rapid growth and expansion than any other continent in the world. That means by the year 2050, the Africa economy would have grown to a level that it will accommodate the whole world of investors who care to invest. Countries like South Africa (380.3 Billion Dollars GDP), Egypt (271.97 Billion Dollars), Sudan (58.77 Billion dollars) etc., which keep growing every year with a stable and flexible economic policy, the continent will take on whatever challenges she might come across. 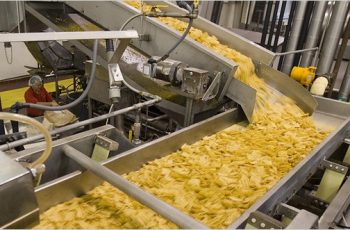 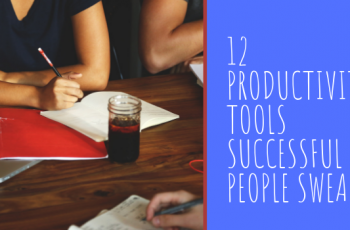 What are the best productivity tools that can help you …