Home
Careers
The Impulse Of A Career In Nigeria

The Impulse Of A Career In Nigeria

Having a wonderful career has been a challenge in our Nigerian society. There have been often career reformations, revolutions, reversions and career summa in our society.

For instance, there have been many persons who studied or got trained in a university or any other institutions for some number of years in a particular vocation for a career but finds themselves doing a total different vocation or career to have a life, e.g. Falz the Bahd Guy who studied law and turned out to be an entertainer.

Some started a career as entertainers but ending as business men and women. Career which is a job or occupation regarded as a long-term or life-long activity, according to Encarta Dictionaries is sustained by an impulse.

What makes a chosen career unremitting till death, is a hidden motivator in the carrier of the career. The motivator fuels the career for a lifetime. There are popular doctrines (belief) that the motivator of a career which is the impulse, is doing what you know how to do best and doing what gives you joy.

Also Read: How to become more productive at work

These are good doctrines but I contest these doctrines because each and every individual knows how to do the best of many things provided focus, determination and integrity is involved. E.g. the famous United States president, Donald Trump, having one of the best skills in business management also manifested great skills in media (his show ‘The Apprentice’) and in political campaigns (2016 presidential election).

Nigeria’s former minister of Agriculture Dr. Akinwumi Adesina, who is one of the best managers of national agriculture in this part of the world and he is doing a great job in the management of international finances at the African Development Bank (AFDB) etc. many persons having the best skills in entertainment are also with the best skills in business. On this ground the doctrine of doing what you know how to do best in order to have a career is false.

And doing what gives you joy I consider it as a false doctrine because many things give a human joy. Any positive result gotten from a task or an activity that a person commits his attention, resources, integrity to, gives joy to the person. E.g. graduating as the best student, awarded as the best in your discipline, awarded for philanthropy, winning a jackpot in a lottery game, having your team win titles (for sports fans), creating a happy home for yourself and others etc.

Also See: How to build wealth from nothing this year

The need to solve the problem will always keep the person in the career which is the fuel or motivator (NOTE: a career is different from a source of income). E.g. the Nigerian musician Fela Kuti, who was affected by the human right abuses, indiscriminate of use power etc. by the then Nigerian government saw the need to talk about it in order to put a stop to it through music, had a great career.

The American Televangelist Joyce Mayer, who had an experience of sexual abuse, physical and psychological trauma, knew it is a problem in the American society, saw the need to help people out of those situations, started a career as a televangelist which has been for decades.

The Serbian engineer, Nikola Tesla who saw the problem and need of the electrical aspect of society had a wonderful career in electrical engineering, (he is credited with the Alternating Current, remote control cars and ships, wireless transmission of electricity etc.). Martin Luther King Jr. of the United States of America was affected by the racial discrimination saw the need for equality in society had a fantastic career as an activist and many more.

Having a career based on an ill in society never lacks material to continue the career. 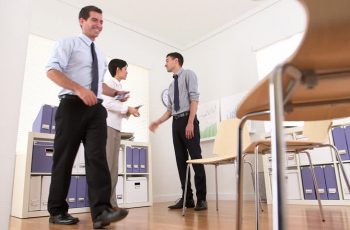 Now, you might feel that businesses wouldn’t want to lose … 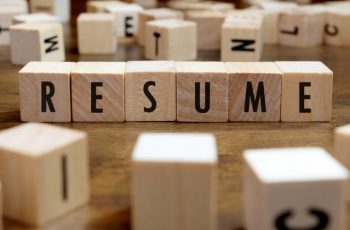