It is located in East Africa, with Nairobi as its capital which happens to be the largest city. It is bounded by Tanzania to the south, Uganda to the west, South Sudan to the north-west, Ethiopia to the north, and Somalia to the north-east. 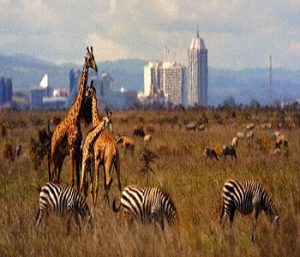 Travel Destinations in Kenya for Nigerians To Visit

Below are some of the travel destinations in Kenya.

1. Travel destination in Kenya: Nairobi National Park
The Park is the first national park in Kenya and it was founded in 1946. It is located in the center of Nairobi, which is the country’s capital. The park is parted with an electric fence from the metropolis. Animal species found are Burchell’s zebra, cheetah, Coke’s hartebeest, Grant’s gazelle, hippopotamus, leopard, lion, Thomson’s gazelle, eland, impala etc.

Read Also: 7 Travel Destinations in Akwa-Ibom State You Must Visit

2. Travel destinations in Kenya: Maasai Mara National Reserve
The Maasai Mara National Park is named after the Maasai people of Kenya – the inherited inhabitants of the area. It was initially founded in 1961 as a wildlife national park and covers only 520 square km (200 sq. mi). It is a large game reserve situated in Narok County. It is universally famous for its extraordinary population of Masai lions, African leopards and Tanzanian cheetahs etc. This is also one of the travel destinations in Kenya.

3. Travel destinations in Kenya: Tsavo East National Park
The Tsavo East National Park was founded in April 1948, making it one of the first and main national parks in Kenya with an area of 13,747 sq. km. It is located in the Taru Desert and located close to Voi town in the Taita-Taveta County. The park can be three main entrance. It is one of the world’s biodiversity strongholds, with a huge amount of various wildlife such as famous “big five” consisting of the Masai lion, black rhino, cape buffalo, elephant, and leopard etc.

Read Also: Top 10 Reasons to Visit Dubai as a Nigerian

4.  Travel destinations in Kenya:  Lake Nakuru
Lake Nakuru is managed and protected by the Lake Nakuru National Park. It was created in 1961 close to Nakuru town and is one of the Rift Valley soda lakes at an elevation of 1754 meters above sea level. Nakuru means ‘Dust’ or ‘Dusty Place’ in the Maasai language. Lake Nakuru is protected under the Ramsar Convention on wetlands.

5. Travel destinations in Kenya: Karen Blixen Museum
It is Located 10 km outside of Nairobi, Kenya, the Karen Blixen Museum used to be the African home of Karen Blixen, a Danish author who wrote the famous books “Out of Africa” and “Shadows of the Grass” to chronicle her life at the estate. It was built in 1912 by a Swedish engineer Åke Sjogren, the bungalow-style house was bought by Karen Blixen and her former husband, Baron Bror von Blixen Fincke in 1917. While she separated from her husband in 1921, Blixen lived at the house in what was then British East Africa and ran a large coffee plantation on the grounds until she returned to Denmark 1931. This is also travel destinations in Kenya.
6. Travel destinations in Kenya: Samburu National Reserve
The Samburu National Reserve is found on the banks of the Ewaso Ng’iro river in Kenya. The park is 165 km² in size and is situated 350 kilometers from Nairobi. It varies in altitude from 800 to 1230m above sea level. Geographically, it is situated in Samburu County. The Ewaso Ng’iro river flows through doum palm groves and thick riverine forests and provides water for wildlife game in the arid region. There is a wide variety of animal and birds such as including the gerenuk, Grevy’s zebra, oryx, and reticulated giraffe etc.

Read Also: Top 5 Major Travel Destinations in Kwara State
7. Travel destinations in Kenya: Ruins of Gedi
The Ruins of Gedi are the ruins of a Swahili town located in Gedi, a village close to the coastal town of Malindi in Kenya. Gedi was a thriving community along the jungle coast of East Africa from the 13th to 17th centuries. The population was estimated to exceed at least 2500 people. Although no written record exists of this town, excavations between 1948 and 1958 revealed that the Muslim inhabitants traded with people from all over the world. Artefacts that included beads from Venice, coins and a Ming vase from China, an iron lamp from India, and scissors from Spain were found at the site. These items can be found in the museum in the complex which was opened in 2000.

All these are the travel destinations in Kenya. 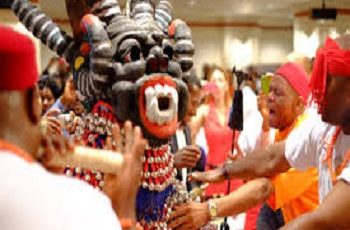 There are very rich major and exciting festivals in Edo … 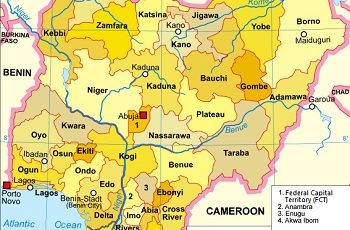 There are so many largest states in Nigeria, both in …