Home
Top List
Forbes Top 10 Richest Musicians In Nigeria 2018: You Won’t Believe Who Is No. 7

Who Is The Richest Musician In Nigeria
In as much as the delight music rouses in the mind are everlasting, we’re happy to familiarize you with the names of top Nigerian musicians whose songs have hit the jackpot across and beyond Nigeria.

The rating of the richest Nigerian Musicians is often based on media reports. However, some other yardsticks are used, these include- The artist having his / her label or signed to a record label, duration of the artist in the music industry, the number of hit songs released by the artists and how much sales he/she make on iTunes.

Also Read: Full Biography And Net Worth Of 2Face

2. Jidenna: Jidenna Theodore Mobisson Al Amin, Though a talented musician whose recognition in Nigeria may not compare that in America, Jidenna is a Nigerian born in America. He skillfully combines his role as a recording artist with music production. Since his inception in the music industry in 2012, his songs have continued to reach a wider audience, particularly in America.

Wizkid Net Worth
3. Wizkid: Ayodeji Ibrahim Balogun, Just as his admirers would always call him, is a youngster with inspiring musical potentials. His reputation has undoubtedly given him an honorable stance within and outside Nigeria. In addition to his dignified position as the top member of a Record label named STARBOY, Wizkid has claimed lots of awards. Likewise, his name has featured amongst the nominees for this year’s Grammy Awards.

Davido Net Worth
4. Davido: David Adedeji Adeleke, the self-acclaimed “Omo Baba Olowo’’ is the fourth richest musician in Nigeria, is never a strange mention when you think of Nigeria’s musicians who have soared high within an incredibly short time frame. At the moment, the awesome superstar –popularly dubbed “Davido’’ –has an endorsement deal with the well known SONY records.

5. PSquare: Peter and Paul Okoye, Without any skepticism, the pair of these twins can’t be omitted in any list comprising the richest Nigerian musicians. And fascinatingly, their everlasting combination makes them the richest Nigerian musicians as of now. Having won lots of awards from their top-selling albums both domestically and internationally, the two brothers have earned much recognition and expanded their fan base. On a yearly basis, they reportedly earn mouthwatering profits from endorsement deals and record sales.

6. D’ Banj: Oladapo Daniel Oyebanjo, –famously nicknamed “Koko Master’’ is a much-admired musician whose huge worth hovers around N5 billion. His massive worth is not a bizarre one to know as regards his global success through his profit-yielding brand. With this awesome achievement, D’ Banj is presently ranked the sixth richest Nigerian musician of the present year (2018).

7. 2Face: Innocent Ujah Idibia, When you think of a hip-hop star whose soothing voice and emotional songs can make ladies go gaga, Innocent Idibia –popularly called 2Face –is the perfect name that should not be controverted on any grounds. Over the years, reputable Nigerian brands have continually associated the superstar’s name with their advertisements. And without any skeptical impressions, 2Face Idibia is always a legendary musician whose name continues to ring within memory. Besides, the globally-recognized hip-hop star is declared to be worth N2.5 billion.

8. Flavour N’abania, whose birth name is Chinedu Okoli, has remained one of the indispensable personalities in the music industry. Great admirers of his high-profile songs perceive him as the king in churning out highlife music. As regards his inspiring devotion to highlife music, Flavour’s name is usually a great mention when you intensely long for highlife music. With the superstar’s name has appeared on a number of mega endorsement deals, his popularity has spiraled across African countries and he is believed to be worth N2.5 billion.

9. Banky W: Oluwabankole Wellington, a greatly admired musician, not only for the sonorous pitch of his voice but also his handsome look, serves as the CEO of EME –a prominent Nigerian Music Record Label. Banky W’s massive wealth, estimated at N2.3 billion is undoubtedly a fascinating product of his ambassadorial roles for several mega-firms such as Samsung Mobile and 9Mobile –formerly Etisalat.

10. Iyanya: Iyanya Onoyom Mbuk, A one-time winner of MTN Project Fame, Iyanya has acquired much recognition for himself and surprisingly this achievement has come within a short time frame. With the influence of his blockbuster release titled “Kukere’’, the talented hip-hop star has made a remarkable name in the entertainment industry. Meanwhile, Iyanya is currently worth N1.8 billion.

11. Timaya: Inetimi Alfred Odon, This superstar is perceived as a giant musician hailing from a middle-belt region –precisely Niger Delta. His admirable albums have earned him lots of followers on social media, particularly his YouTube video clips. At the moment, his net worth hangs around N1.1 billion.

Jude M.I
12. M.I: Jude Abaga, Practically, only a few people would find it skeptical if M.I is termed the most fortunate African rapper who has succeeded to so high a degree. To crown the great name M.I has made for himself, his presence is a definite mention in the list of the stakeholders of Chocolate City records. At the moment, reports have it that he is worth extremely close to N1 billion.

Kcee
13. Kcee: Kingsley Chinweike Okonkwo, This lucky musician has made a name for himself! Would you deny the truth of that? (Never would you do that!). Kcee has surprisingly risen from a partner in a group named KCPresh and in point of fact, the fortunate musician has amassed millions of likes and page views on the social platform, especially with the help of his massive releases -“Limpopo’’ and “Pull Over’’.

Tiwa Savage
14. Tiwa Savage: Tiwatope Savage Balogun, When the appellation “Sexy Mama’’ hits your eardrum, be sure Tiwa Savage is the talking point. The lovely Nigerian musician remains a significant character in the stable of Mavins Record. Likewise, her exciting videos have grabbed lots of people’s attention and definitely reached millions of page views on YouTube.

Olamide
15: Olamide: Olamide Adedji, Call him a maddening rapper and you’re definitely on point! This young talent suitably blends his skills as a singer and rapper. Through his intense acquaintance with local slang, lots of street boys have certainly become his diehard fans.

Phyno Net Worth
16: Phyno: Chibuzor Nelson Azubuike, Identify him as the best Igbo rapper and hardly would you find somebody who would say you’re wide of the mark. Phyno is considered remarkable for the sumptuous flow of his Igbo dialect which makes him a recognized rapper across Nigeria. Meanwhile, the talented rapper is much admired by the Igbo’s just, in the same manner, a multitude of Yoruba’s enjoy Olamide’s charisma. Currently, Phyno’s excellent shows, adverts and much more have placed him around a net worth of N900,000,000.

Ice Prince Net Worth
18. Ice Prince: Panshak Henri Zamani, An arguable Hausa man whose name cannot be excluded from the list of Nigeria’s vibrant rappers, Ice Prince struck the music industry with his high-selling video clip “Oleku’’. Through this video clip, the superstar has numerous fans who have spruced him up with millions of page views on social media.

Yemi Alade Net Worth
20. Yemi Alade: Yemi Eberechi Alade, One of Nigeria’s leading feminine musicians, Yemi Alade is apparently the second leading female musician in Nigeria. Through the influence of her blockbuster release “Jonny’’, she has won the hearts of many followers on social media and she is currently worth very close to N1 billion.

Chidinma Ekile Net Worth
22. Chidinma Ekile: Formerly a participant in the MTN Project Fame, Chidinma has grown from a mere musician to a much-admired personality in the music industry. Other than the huge benefits and great recognition she has earned from her admirable release “Kedike’’, her lovely voice evidently places her amongst Nigeria’s best vocalists.

Duncan Mighty Net Worth
24. Duncan Mighty: Amongst the guild of musicians ever churned out by the Niger Delta, this mighty musician whose name already conforms to mightiness is definitely one. Duncan Mighty’s singing style has made lots of people from the Niger-Delta regions understand that their born musicians are still appealing to the region’s fashion. With the help of “Obianuju’’ –one of his most-admired songs on social media –the superstar has become a notable musician and captured the interests of many followers. 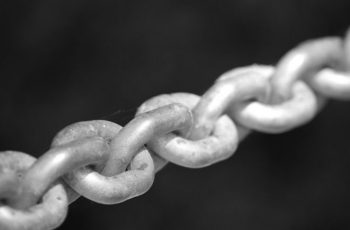 Being an entrepreneur may have its own pitfalls, but … 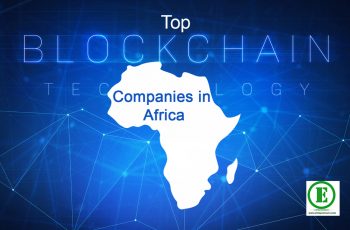 7 Blockchain Companies in Africa to watch For | Top …