The MD/CEOs of the 30 most capitalized companies (NSE 30) on the NSE were paid about N5 billion in salaries in 2020. Let us take a look at the highest paid Nigerian MD/CEOs

The Managing Director/ Chief Executive is the most senior executive position in every company and they have the responsibility of piloting the firm’s affairs and guaranteeing profitability and growth.

CEOs are at the forefront of affairs, and as a result, they are subjected to both criticism and praise for stellar company performance.

Related: The biography of Mark Essien

CEOs are, without a doubt, the highest-paid employees of any organization. CEOs of major companies in Nigeria are handsomely compensated for their efforts. However, just as these businesses have rankings in terms of asset size and profitability, so do their CEOs’ profits.

Here is research that details the highest paid Nigerian MD/CEOs in 2020. Some of the names won’t surprise you so go ahead and have fun reading.

Here is one of the highest paid Nigerian MD/CEOs. Mr. Ferdinand Moolman is the Chairman and CEO of Nigeria’s largest telecommunications company. He was promoted to Group Chief Risk Officer in March 2021 from a role he held since December 2015.

On December 1, 2015, he was promoted to CEO as part of a major reorganization of the telco’s corporate structure aimed at improving operational oversight, leadership, governance, and regulatory enforcement.

Until being promoted in 2015, he was the Chief Financial Officer (CFO). He took up the role as soon as he was moved from MTN Iran, where he was Chief Operating Officer (COO).

Also Read: The biography and networth of Aliko Dangote

Mr. Moolman joined MTN in 2002 and has held many senior roles within the Group, including in Nigeria and Iran, according to details obtained from a disclosure signed by the company secretary.
In 2020, he earned N567 million, a 3.2 percent decrease from the N586 million he earned in 2019.

Mr. Ferdinand Moolman, who is currently the MTN Group Chief Risk Officer, was also the highest-earning CEO in 2019.

Seplat Petroleum Development Company Plc is co-founded by Augustine Avuru. He served as the company’s CEO until July 31, 2020, when he resigned and was succeeded by Roger Thompson Brown.

Mr. Avuru was the Managing Director of Platform Petroleum Limited, a company he founded, before becoming the CEO of Seplat in 2010.

He had also worked for the Nigerian National Petroleum Commission (NNPC) for over a decade, holding various positions such as wellsite geologist, development seismologist, and reservoir engineer.

He also spent ten years with Allied Energy Resources in Nigeria. He worked as a pioneer deepwater operator, as an exploration manager and technical manager.

Although it is unknown how much of the remuneration Austin Avuru and Roger Brown received, the company’s CEO won N484 million in the year under review.

According to the company’s website, the current CEO joined Seplat in 2013 as Chief Financial Officer and has since progressed through the ranks.

Prior to joining Seplat, Mr. Brown worked for Standard Bank Group as the Managing Director of Oil and Gas EMEA. He has consulted on some of Nigeria’s most high-profile and high-profile transactions in recent years. Mr. Michel Pucheros, who was formerly with Lafarge Africa, earned a sum of N448 million from Dangote Cement in the year 2020. He is the Group Managing Director and Chief Executive Officer of the most capitalized company on the Nigerian Stock Exchange

He was appointed to the position effective January 2020, after resigning from Lafarge Africa in the same year.

According to information on the website of Dangote Cement, Michel has more than 20 years experience in the cement industry having served in various capacities at Lafarge.

He served as the President & Chief Executive Officer of Lafarge Halla Cement; Director of Strategy and Systems at Lafarge Gypsum.

He also served as the Chief Executive Officer of Bamburi Cement and Hima Cement; and Chairman of Mbeya Cement in Tanzania.

Related: The biography and networth of Elon Musk

He resigned from Lafarge in January 2020 to join competitor brand, Dangote Cement Plc and was succeeded by Mr. Khaled Abdelaziz El Dokani, the former country CEO of Lafarge Holcim Iraq.

Segun Agbaje is the Managing Director of Guaranty Trust Bank plc, the most capitalized financial institution listed on the NSE. He has over 19 years experience in investment and international banking.

Prior to joining GT Bank as a pioneer team member in 1991, he worked for Ernst & Young in San Francisco, California. In January 2000, he was promoted to Executive Director at GT Bank.

Due to his varied background and experience in almost all aspects of the bank’s activities, including commercial banking, investment banking, treasury, corporate planning and strategy, settlements, and operations, he was named Deputy Managing Director in August 2020.

In 2020, he was elected to PepsiCo’s Board of Directors, and he is expected to become the CEO of GT Bank. He is expected to join the newly restructured holding company’s board of directors. 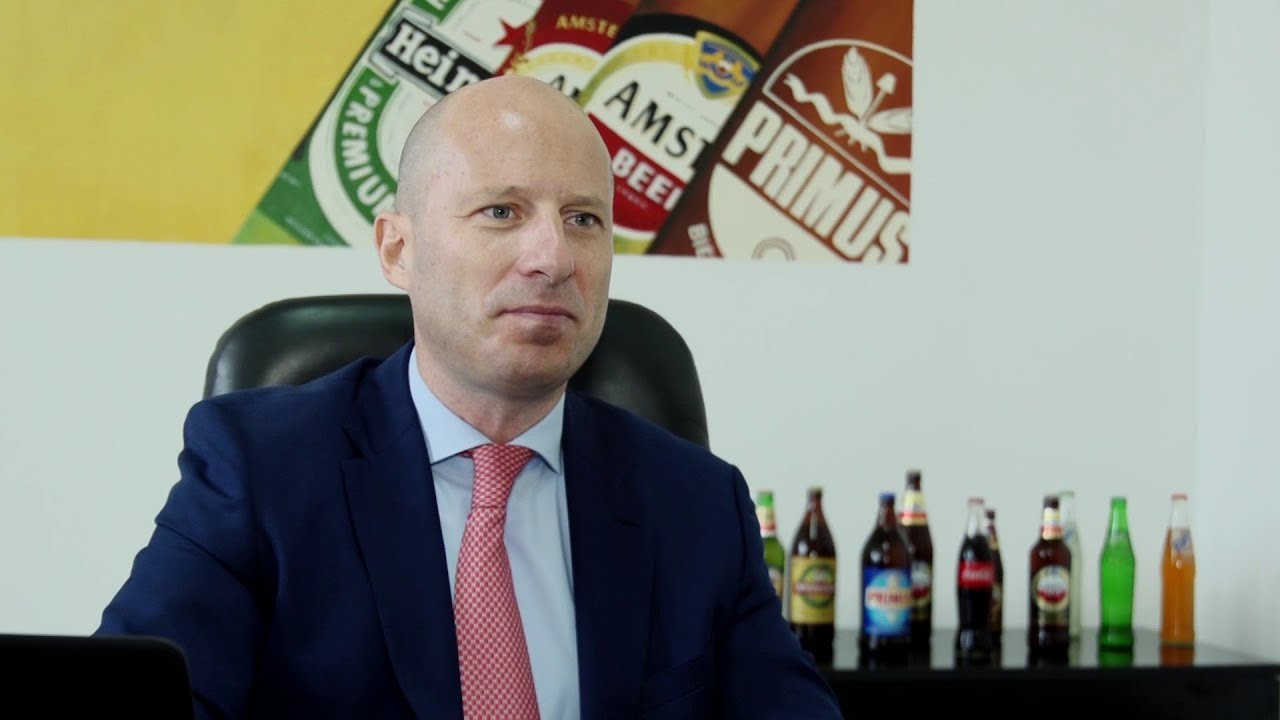 Mr. Jordi Borrut Bel is the Chief Executive Officer of Nigerian Breweries, appointed into the position in 2018.

He was the Managing Director of Heineken Burundi prior to joining Nigerian Breweries.
Mr. Jordi was paid N379.4 million in annual remuneration in 2020, a 40% rise from the N271 million he was paid in 2019.

Nigerian Breweries recorded a profit after tax of N7.53 billion in 2020, down 53.3 percent from the previous year’s figure of N16.1 billion.

IFCMB Partners With WSBI to Boost Financial Inclusion and Savings …