//pagead2.googlesyndication.com/pagead/js/adsbygoogle.js
Home
Careers
How To Reply a Query Letter for Misconduct/Lateness in an Office With Samples 2019

Most people work in different places both private and public and sometimes, their attitudes and commitment to the organization come into scrutiny. They can be issued a query and will be expected to reply the query letter. It is part and parcel of the corporate world.

Some people are usually at loss on how to reply a query letter and the end up messing up the whole thing and making their issues worse.

Today, we will expose to you how to handle this issue. You will learn what it takes to reply to a query letter when you get one. The possibility of not getting one is slim except you want to be your own boss.

Related: How to start a rabbit farm in Nigeria

Replying a Query Letter for Misconduct in an Office

I’m assuming you have a boss or you will have a boss someday. Assuming that boss of yours sends you a query for gross misconduct; you will have to reply that message. Maybe the misconduct is lateness to work, absenteeism, or inability to get work done. It could also be insubordination.

The bottom line is that you will have to reply the query letter in a way it will be understood so that you don’t lose your job.

You have to state very good reasons for being late to work. These reasons will appeal for you as they will be regarded as causative factors to whichever misconduct you indulge. You can also add physical and documented evidence to back up the excuse.

You have to try to understand the angle they are questioning from before you will put up a defense. That is the angle you will answer from.

In answering a query letter for misconduct all you have to do is to put up an apology letter to your boss and you shouldn’t in any way be denying what you are been queried for rather you should consent to it and put an acceptable apology for it.

Below is a Query letter Sample to give you a complete guide, all you have to do is to re-write it to suite the particular query you are replying.

YOUR LETTER OF 14TH MARCH 2019 ON THE ABOVE SUBJECT MATTER REFERS:

Sir, my lateness of 14th March 2019 which is unusual is due to the breakdown of my vehicle at Azikiwe road at about 7:41 a.m on my way to the office. My effort to get my mechanic to the place on time proved abortive consequently resulting on my reporting late to office after my mechanic finally came about 8:35. The receipts of his repair charges is attached for your perusal (photocopy)

For records sir, I am a regular beneficiary of the said magnanimity and as such would ordinarily not want to be late.

I promise to do my best to always be punctual.
Thanks.

How To Reply A Query Letter On Lateness

Are you looking for how to reply a query letter for being absent from work?

Have you ever been in a situation where you missed going to work early for many days due to personal reasons and got queried?

Office of the Federal Ministry of

YOUR LETTER OF 14th MARCH 2019 ON THE ABOVE SUBJECT MATTER REFERS:

Sir, I refer to the query directed to me on the 14th March, 2019 on the above subject matter. My absence which is unusual was due to a car accident I was involved in on Larry’s Street at about 7:30 a.m. on my way to the office. I had to wait for the police to arrive at the scene of the accident. I also called contacted my insurance company and had to wait for someone to visit the scene. Unfortunately, it was in the early morning and the traffic jam was another problem that led to the police and insurance men not arriving in time. I called the office to report and explain that I would be late that day. Around 8:30 a.m. the police finally arrived at the scene of the incident. At about 9:30 an insurance agent also arrived. I had to fill some papers at the insurance company’s office and the police station. I was made to understand that it would take the whole day and called the office to explain that I would be absent. I have attached the police and insurance report (photocopy) to this letter.

For records, Sir, it`s extremely unusual for me to be absent at work. I assure you that it was an accident that I could not predict.

I will do my best to make sure it does not happen again. 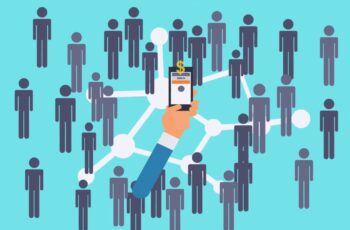 Nigerian government still struggles to provide enough jobs for its … 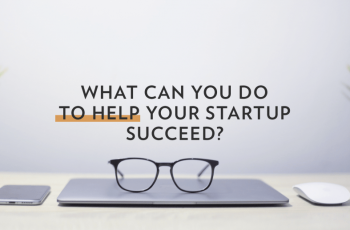