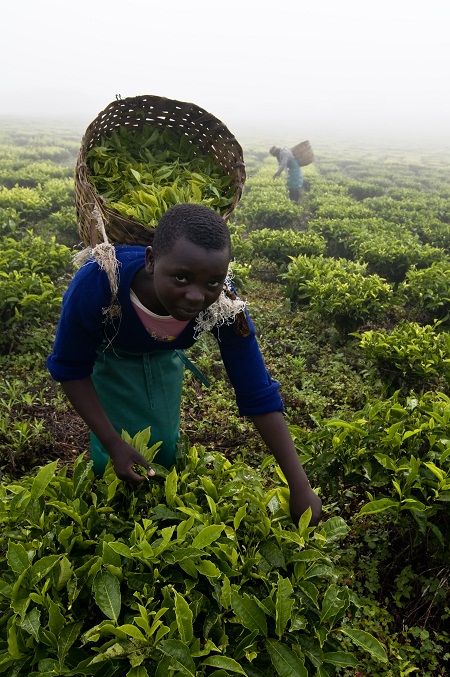 In February 2017, famine was declared in South Sudan and Nigeria was mentioned alongside Ethiopia, Kenya, Somalia, and Yemen as also being countries with a high risk of famine. The situation turned grimmer when the 2020 Global Hunger Index ranked Nigeria 98th out of 107 countries surveyed, with a score of 29.2.

This placed the country among the top 40 countries facing serious threats of hunger. The two developments, which were buoyed by the geometric increase in the country’s population growth compared to low food production, threw stakeholders into a scramble for ideas to prevent famine in Nigeria.

Over the years, different governments have come up with several deliberate efforts and initiatives to stimulate growth of the agriculturalsector and improve production, including initiatives such as Operation Feed the Nation, Green Revolution, Lower River Basin Development Authorities, National Agricultural and Land Development Authority (NALDA); and the Directorate of Foods, Roads and Rural Infrastructure (DFFRI). While they had some impact, these programmes have not been able to adequately address the challenges or bring about sustained change in the sector, especially in the case of food security.

It was evident that the private sector needed to also play a significant role in the quest not only for food security in Nigeria, but enhancing the contribution of the agricultural sector to the nation’s economy. Amongst other things, key private sector players in Nigeria’s agric sector have paid close attention to supporting smallholder farmers, in recognition of their importance in the global agricultural value chain.

Smallholder farmers are farmers owning small-scaled plots of land where they grow subsistence crops and one or two cash crops while relying almost exclusively on family labor. These farmers play an essential role, especially in sub-Saharan African countries like Nigeria where they represent more than 80 percent of all farming activities in the country and provide up to 98 percent of the food supply for most crops.

Historically, agricultural companies in traditional cash crop sectors such as cotton and maize, have developed smallholder outgrower schemes to source raw materials. These outgrower schemes allow companies to provide agricultural inputs (and sometimes, training) to farmers and then buy the produce at the end of the season under some form of contractual arrangement. More recently, however, outgrower schemes have been developed – often with donor support – in a wider range of value chains including food crops, livestock, and natural products.

Outgrower schemes are often designed to address numerous sustainable agricultural objectives by bringing smallholder farmers into mutually beneficial partnerships with large aggregators or processors and increasing incomes by improving yields and produce quality through training, access to credit and markets. Success, however, is often dependent on the availability of partner or donor institutions to provide the needed financial support.

To promote and initiate sustainable development in the agricultural sector, financial services and solutions providers in Nigeria have in recent times committed a lot of effort and facilitated innovative infrastructure. Most notably, significant impact has been achieved through the provision of credit facilities to outgrower initiatives targeted at helping smallholder farmers to maximize their yields, while also contributing to the nation’s development. Prominent among these financial services and solutions providers is First City Monument Bank (FCMB).

FCMB (www.fcmb.com) has strategically intervened with various initiatives and support to the agric sector. In the last few years, the Bank has gone the extra mile to upscale the performance of agribusiness and in the process turned around the fortunes of farmers. So far, FCMB has supported over 100,000 farmers in Nigeria to boost food production and foster financial inclusion through its various cutting-edge schemes and partnerships with individuals, groups, and other stakeholders in the agric sector.

A case in point is the work FCMB has done with Babban Gona (meaning “Great Farm” in Hausa language), an award-winning, high impact, financially sustainable, and highly scalable social enterprise, partly owned by the participating farmers. The scheme contributes to creating a secure future for Nigeria’s youth by transforming agriculture into a job-creation engine that helps to break the cycles of poverty and unemployment.

Through the Babban Gona Agricultural Franchise Model supported by FCMB, member farmers received training, credit in the form of agricultural input and tillage services, harvesting and marketing support that resulted in increased productivity and profitability that is 2 to 2.5 times the national average.

The programme which started with just 100 farmers, currently has over 20,000 member farmers and today signifies one of FCMB’s most significant commitment to the development of the Agricultural sector.

Over the years, FCMB has worked extensively with Psaltry International Company Limited (PICL), an indigenous agro-allied company established in 2005 to market cassava produce. The company later expanded its business line to include farm development and production of food-grade starch from cassava. With support from FCMB and other stakeholders, Psaltry’s robust outgrowers’ programme has grown to more than 2,000 farmers cultivating within 80 km radius from the factory in 4 different local governments in Oyo State.

With funding from FCMB, Psaltry’s Sorbitol Production Plant with a capacity of 6,000MT per annum has been established and is awaiting commissioning. Once the plant takes off fully, the company will be able to meet 60 per cent of the country’s annual sorbitol demand of about 10,000MT per annum. FCMB also funded Psaltry farmers under the Anchor Borrowers scheme, which benefitted 252 cassava farmers.

FCMB-Plantation Industries: A Partnership That Worked

Plantation Industries Limited (PIL) is a leading cocoa processing company that engages in the processing and conversion of raw cocoa beans into cocoa liquor, cocoa butter, cocoa cake and cocoa powder. This GFSI Markets Award recipient has a modern processing plant with the capacity to process over 15,000 metric tonnes of raw cocoa beans per annum. The raw cocoa beans are sourced from suppliers and also directly from cocoa farmers with emphasis on quality control. Under the Anchor Borrowers Programme, FCMB supported 1,424 outgrower farmers that rely on PIL for offtake.

Speaking on this unprecedented development and the significance of FCMB’s support to various outgrower programmes, the Divisional Head, Agribusiness of the Bank, Mr. Kudzai Gumunyu, said:

“Through our work with partners such as Babban Gona, Psaltry and many others who have set up robust outgrower programmes, we are able to provide smallholder farmers with tillage services, fertilizers, as well as extension services. This helps to make their farm yields higher than those of the average farmer, which means more income. As a result, these farmers are able to send their kids to school, build houses, and many are coming on board to join the scheme because of the great impact”

A critical part of how FCMB helps improve the welfare of smallholder farmers is by making banking and financial services accessible, even in some of the most remote locations in Nigeria. The Bank does this through an agency banking model that allows farmers the flexibility and convenience to carry out transactions, even within remote communities or areas far removed from the locations of bank branches.

Through this model and several efforts, FCMB aligns with the government’s financial inclusion drive to expand financial services access and use to underserved populations. The lender has also formed partnerships with some organisations including, World Savings Banks Institute (WSBI), German International Development Cooperation (GIZ), Techno serve, DFID-LINKS, to further the financial inclusion push.

Analysts and experts are of the opinion that with the giant strides of FCMB in agribusiness, the Bank is well positioned to create more opportunities for farmers to add significant value to the quest of Nigeria to attain food security and wealth for the nation.