Siting a Fintech Company is one thing but getting a good location for your Fintech company in Nigeria is another thing. However, the knowledge of the Best locations for Fintech Companies in Nigeria will help you to save cost and avoid unnecessary risks. Before I go into the full discussion, let me give you some background information on  Financial Technology Companies a.k.a. Fintech Companies.

Fintech (Financial Technology) companies are companies which use the aid of technology (such as internet, applications, etc.) to carry out financial transactions, which used to be carried out only by the conventional banks.

The suitability of any location to suit tech startups such as Fintech companies depends on the socio economic policies instituted by the location. This implies that not all locations are best suited to host Fintech companies.

In this article, I look extensively into the best locations to start your Fintech companies in Nigeria.

This section showcases the best locations for Fintech companies in Nigeria.

Also known as Coal City, Enugu state owns coal deposits that were discovered in the early twentieth century and are still providing a vibrant source of revenue today. Electricity could actually be abundantly supplied to the state, through the revamping of its Oji River Power Station. In the past, the power station supplied power to all the states in the then Eastern Region.

With a population of 5.6 million people (as at 2006 census), Enugu state has been experiencing advancement in Information and Communications Technology. Recently, the state government recently launched a WiFi access-to-internet project. Enugu state gradually poses itself a potential hub for Fintech companies.

Ogun state recently initiated a solar power electronic learning project, which is currently ongoing. The state has shown massive interest in the education sector, as well as the ICT sector, with policies which could ease investing in the state. Ogun state has a GDP of $ 10,470, the ninth largest in the country.

Also known as the Gateway State (due to its large border line towards Benin Republic), the cost of living in the state is relatively cheaper, compared to Lagos State.

Ogun state, with its fast development pace in infrastructure, as well as education and information technology, is sure of the best places to locate a Fintech company in the country.

As may be already observed, one of the strong selling points of Ogun is its proximity to Lagos state.

Rivers State is second only to Lagos, in terms of GDP production in Nigeria, with a Gross Domestic Product of $ 21 billion. The state serves as the largest oil producing state in the country. The oil and gas industry activities in the state are mainly carried out in Port Harcourt, the capital city.

The downsides of Port Harcourt, however, is its very high standard of living, which might create an extra financial burden for beginning Fintech companies not seen in some other states in the country. The activities of militants in the area, also, agitating for local impact of wealth generated by the oil and gas industry also creates insecurity in an otherwise peaceful state.

Fintech companies which decide to set up in the state have a lot to possibly gain from the oil and gas industry, as well as the upper class residents of the region.

Cross Rivers state is a state in southern Nigeria, widely known for its tourism-friendly environment. Cross River State has a gross domestic product of $ 9.292 billion, and is a good place to situate a Fintech company in Nigeria.

The state hosts the University of Calabar and is growing into a globally acclaimed tourist centre with tourist sites such as the Calabar Free Trade Zone, the Calabar Sea Ports, Calabar Air Ports, Tinapa Business Resort and the infamous Obudu Ranch Resort. All these are various platforms for business, tourism and trade in the state.

The state also boasts of an ICT Village, which was formed in collaboration with Microsoft. the Village offers Information and Communications Technology training to residents of the state, as well as students, interested in keeping up with the world’s IT trends.

The state also hosts, Tinapa, a first-of-the-kind world-class resort for integrated business and relaxation in Nigeria. Tinapa is based in Calabar with facilities that meet international standards and a Free Trade Zone.

Cross River could actually become one of Africa’s biggest hubs for Fintech companies in Nigeria.

Finally, I can’t end this list without the Centre of Excellence, Lagos state. Lagos is the country’s most widely known city, and is at the peak of industrial and commercial activities in Nigeria. Home to international sea and air ports, Lagos is the highest contributor to Nigeria’s GDP, generating a GDP of $ 33.68 billion annually. With an estimated population of more than twenty million people, Lagos is certainly one of the best places to start a Fintech company in Nigeria.

The University of Lagos is well known for being technology inclined in their R&D. The state also hosts the Lagos Business School, a top business school reckoned with across the globe. The state also has several other academic institutions such as the state owned university, polytechnics, as well as other ICT institutions scattered across the state, making it a friendly business environment.

The state has extensive tourist sites, and relaxation centers, with intentions to create Free Trade Zones in novel regions in the state.

The large population of Lagos state; its sea and air ports; and the business – favoring disposition of the state government over time; predisposes it any day any time an inviting location for financial technology companies.

So, that’s all on my list of the best locations to site a Fintech business in Nigeria. 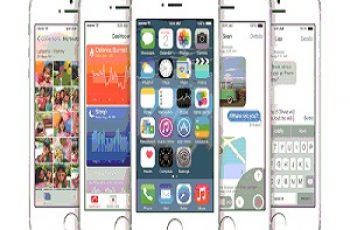 You work extremely hard running your business, you can also … 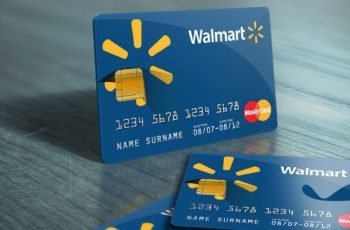