//pagead2.googlesyndication.com/pagead/js/adsbygoogle.js
Home
Marketing
7 Reasons why you will never make a dime in network marketing business in 2016

Ever tried any network marketing business? Did you make any good money or did you just waste your time doing the marketing and decided to quit? Don’t worry I think I’ve got some cool reasons for you as an answer to tell you why you didn’t do well it. The reasons are simple! But before you read down, Here is the

prove of how powerful the internet is

Looking at the Speed of the internet and internet driven businesses against the traditional businesses and other brick and mortar kind of businesses, it is widely said that that the internet   in its first 5 years had over 50 million users, TV took 13 years to reach that stage and radio took 38 years.

Companies like Google, Facebook, Amazon , eBay, Paypal, Yahoo among others have all proved that the internet is indeed a gold mine.

Now that you know the power of the internet and Network Marketing. You can be the Next Internet million Dollar Success Story.

1: you didn’t understand how that network works

How can you tell a kid who is still crawling to cross a gutter. Can you ask a blind man about time? Firstly you must understand the system, conditions in an area before you bring any business into it. For example

Health care networking programs works best in an environment of the sick that are ready to pay anything any amount just to survive. You should understand the weakness that the targeted people will be willing to fill once you tell them about the need to join your network program. Networking Business Like EBN will work best in an area where there is high rate of unemployment and people are willing or eager to take their business online.

Here is the logic, generally unemployment is a general problem and those employed are complaining of low earning or salary. The thing is that e-business network will thrive better in larger areas for both the employed and the unemployed because everyone needs to make more money. Even when most of the products are yet to be functioning, I’ve made $1870 in my first two months building a network for EBN. The most impressive aspect of this platform is that once you start earning, you tend to earn more as time goes on since it involves team sales.

So you can take the advantage of this today and sign up for EBN. There are just three product packages (Newbie, Advance and Pro-pack) please read up my review about EBN for better understanding and value.

2: you weren’t at the right location

If you read my post on Why you must do business like a prostitute, You will really understand how powerful it is to choose the right location for any business. I say and I quote “Location is everything and everything is location” For your business to stand out, your location plays a very vital role and that’s how it’s should be.

You cannot be promoting or selling a high sugar products, cholesterol or fatty food to people in the hospital, or those who are actually looking for ways to lose weight.

3: you were a bad marketer

gtpedia defines a bad marketer as someone who cannot talk, convince a potential customer into buying his or her product. Here, becoming a good spokesman comes into play. Try to understand what the potential customer want and then try to talk the person into giving your product a second shot. Mind you; you have a very short time to do this.

When you talk someone into telling you “I will get back to you” make sure you check back on them for their first buy.

4: you are poor and you are teaching others how to be rich

Have you ever wondered why upcoming musician dress like the have it all? Have you ever asked yourself why are banker always on suit even when they are not the richest, yet they dress like they are? Now let me tell you one thing you may have been missing as a marketer. Repackaging the way you appear and the way you talk is one of the essential tools that must be taken into good consideration. Nobody wants to be a friend with a poor man and no body in his right senses will give a man seen as poor money to invest for him.

There is a big difference between being poor and being broke.

Don’t be the one receiving all the time, once in a while give and act like a boss. Package and appear like a boss before approaching someone for a business talk knowing fully well that for anyone to listen to you as a network marketer, that person is about to lose money and become like you and bet you me I cannot lose my money to look like a poor man.

5: you don’t have prove to back yourself up

1). Established reputation: Here for you to have a reputation in any industry, you must have helped, grown, said or written down different results helping others which in turn makes you appear as an expert in that industry. When we talk about Reputation in Motivational Speaking now, the people whose names appear before you are the people you feel are reputable because they have talked a lot of people into becoming successful.

Same goes if I mention top and influential bloggers and marketers, I can mention people like Neil Patel, Harsh Agrawal, Smart Alozie, Stuart Walker, Jon Morrow, etc because these guys have built a good reputation when you talk about online business. So when such people write or give any review and recommendation on the internet, people tend to follow their advice because they are reputable people.

2). Physical Prove: When I say physical prove, I simply mean you already have something as an evidence to show to the people you’re trying to convince to buy a particular networking product. Typical example of someone on this category is Smart Alozie, this guy have made over 5 million dollars through network marketing. You can visit his blog smart alozie

3). Referrals: People referring you to people can be the best form of any marketing. You might have heard that the best form of advertisement is “Direct Communication” you can agree with me that people tend to like a product just by hearing good feedback from people who have used that product meanwhile its possible that you can watch an advert for over 50 times without liking or buying that product. I Just referred you to E-Business network because its best for any online marketer or affiliate blogger.

6: you had a bad communication skills

Here I will simply say you don’t know how to talk with people. There are different ways to approach people at different times and you should try to master the art. Read books on public management, customer relation and marketing etiquette

7: you are promoting the wrong product

Make sure you try to find out what the people in your environment needs get the best product to fill that problem and fill it up. Just as I mentioned above about EBN, am promoting it not because of the product but because they are one of the best networking platform currently going on. They pay well in a short time and it involves team building unlike other networking platforms that only pays you based on your effort. EBN pays you both for your effort, down liners effort and team effort. You can sign up for EBN here. If you have any question about it, kindly drop your questions and comment using the comment box below.

Here are world greatest men that have endorsed network marketing

Former United States President Bill Clinton in a Video statement while in office as the President of the USA says “that Network Marketing and Direct Sales people have helped in keeping the American dream alive. He also stated that they not only strengthen the economy of the country but also part of the global movement that promotes enterprise and rewards individual initiatives”

An American Real-estate mogul, television personality and author, currently the Republican Presidential Nominee for US Presidential election 2016 is the Chairman and President of the Trump Organization & the founder of the Trump Entertainment Resorts. Ranked No. 17 on the 2011 Forbes Celebrity 100 list. He is very much actively involved in network marketing as he is the owner of a newly launched Network Marketing Company called The Trump Network.

When referring to Network Marketing business, he says “It’s the best investment I have ever made”. 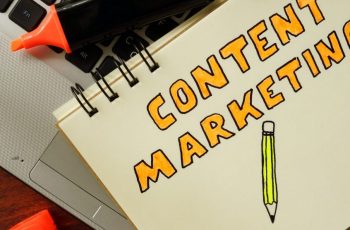 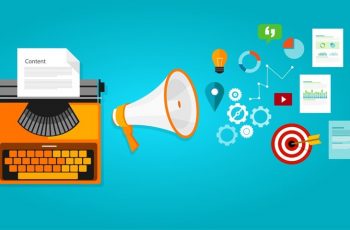 Content marketing for entrepreneurs is an important part of marketing …