Whistle blowing is no more an entirely new concept in Nigeria following the advent of the President Muhamadu Buhari led administration which instituted the Whistle Blower Policy in December, 2016. However, prior to the formalization of the concept in Nigeria for less than half a decade now, the practice of Whistle blowing has been a critical part of African traditional system.

Even in the pre-colonial era, African traditional legal systems depended on reports given by whistle blowers in carrying out their judiciary activities. For example, a Yoruba adage, roughly interpreted, states that the Oba has his ear around, home or away. This implies the traditional acceptance of whistle blowing in ancient traditional modes of governance.

In this presentation, I look into Nigeria’s Whistle Blower Policy and see what it entails for every Nigerian. This basically covers some of the key things to know about the practice of Whistle blowing in Nigeria.

Who is a Whistle Blower?

As stated by the former Minister of Finance, Kemi Adeosun, the fundamental reason for the Whistle Blower policy is towards aiding in the fight against corruption and financial crimes. This, she posited, would be achieved through offering whistle blowers a reward for unearthing wrong doings, alongside protecting them from any harm for doing so.

It is Still A Policy, Not yet a Law

The Whistle Blower Policy, which was adopted by the Ministry of Finance to support and encourage the exposure of financial crimes by the citizenry, has not become a law at the Federal Legislature. That is, the Bill is not yet an Act in the Constitution of the Federal Republic of Nigeria.

As at the last observed moment, the Bill is still awaiting further reading since its second reading, four years ago (2016).

What is the Whistle Blower’s Reward?

As stated in the Whistle Blower’s Policy, the federal government shall give the whistle blower from 2.5 % up to 5 % of the loot recovered as a result of the report. This is done specifically in the event where the report provided leads to a freewill refund of public assets or finances which have been diverted into private ownership by the wrongdoer and/or his/her accomplices.

For instance, the whistle blower whose report led to the recovery of USD 43.5 million, NGN 23.2 million and GBP 27,800 in Ikoyi, Lagos, was reportedly rewarded with NGN 421 million by the Ministry of Finance.

The details of the report provided to the Nigerian government shall be hitherto unknown by them (i.e., the government), and could not be gotten otherwise from any other source available from the public to the government.

Also, the very recollection of the assets/funds shall directly be a result of the whistle blower’s report.

What Crimes Can Be Reported?

Specific misconducts which can be reported include misappropriation/mishandling of government assets/funds; making non-approved payments; requesting or receiving of bribes; financial malpractice or fraud; and other similar wrong conducts.

Therefore, it is only prudent for any prospective whistle blower under the Whistle Blower’s Policy to cross-check their intended report against the list of tenable misconducts.

As expected, after the policy was initiated in the last quarter of 2016, the amount of exposures of fraud from the citizenry increased noticeably. However, whistle blowers also risk being haunted by those who feel threatened by their reports.

It is for this obvious reason that the Ministry of Finance, through the policy offers that anyone who has gone through victimization for exposing fraudulent practices should report to the Ministry through the Whistle Blower’s Policy online portal. The policy ensures that restitution be made for any loss incurred in the bid to share their concerns against financial fraud, in the best interest of the general populace.

No Form of Immunity for “Whistle Blowers”

Finally, the Nigeria Whistle Blower’s Policy does not at any rate give protection for conspirators in the crime who decide to expose wrong doings they have been part of.

Also, this implies that, should there be any evidence, during the process of fact-finding, that the “whistle blower” is complicit in the crime, he or she shall be subjected to prosecution in the law courts as well.

That’s all I have for you concerning Nigeria’s Whistle Blower’s Policy. Having known these, therefore, before you begin to expose outright fraudulent activities in your work place or around you, you may need to hold on a bit and crosscheck your report/information. Furthermore, ensure that you have substantial evidence before proceeding to report any mishap.

Until the policy becomes an Act and then, a law in the Constitution of the Federal Republic of Nigeria, there are still pockets of issues here and there surrounding it. So, in reporting, trade with caution.

There are concerns that the National Assembly might not be so quick to expose such a bill, for obvious reasons. Whatever happens, let’s keep our fingers crossed and our eyes open, as participating citizens of the Federal Republic of Nigeria. 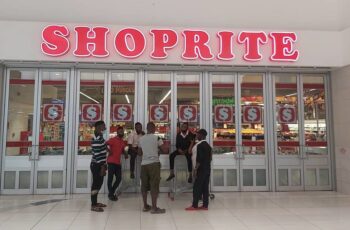 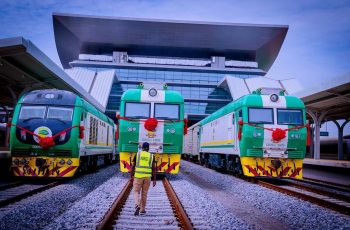 The Nigerian Railway Corporation (NRC) responds to news of a …