Successful people handle bad bosses virtually in all works of life. Any workplace that the bosses are bad will have little or no productivity. These bad bosses can be so annoying and inconsiderate to the extent of always being interested only in their own success and welfare. These bad bosses make the workplace so tiring to work in.

Some of these bad bosses do this unknowingly while others purposely manipulate their employees solely for their own success. These bad bosses damage their companies and employees by hindering good performances and creating tension in the workplace.

Related: 7 habits of people with remarkable mental toughness in Nigeria

A particular health journal has come out to say that working for a bad boss can increase your chances of having a heart attack by more than 35%. This goes to tell you that the stress the bad bosses create is very harmful to the health of the employees.

The much more troubling fact is the number of bad bosses out there. Research by Gallup found that 60 percent of government workers are made miserable because of bad bosses. Another study also showed that 69 percent of U.S workers compared bosses with much power to children with too much power.

Successful people handle bad bosses by first understanding the type of boss he /she is working with, and then understanding how that boss wants things to be done in the workplace.

TalentSmart conducted research with more than a million people, and have found that 90 percent of top successful people are skilled at managing their emotions in times of stress in order to remain calm and in control.

One of their greatest abilities is neutralizing bad bosses especially the ones that they report to in the workplace. Successful people handle bad bosses majorly because of their high emotional intelligence, a great ability that they rely on.

It always seems the best option when you have a bad boss is to seek another employment, but it’s not always that easy a thing to do. People who are successful know how to make the most of a bad situation.

Related: 5 habits of people with remarkable willpower in business in Nigeria

A bad boss has little or no impact on them because they understand that success is simply the product of how well you are able to play the hand that you are have been dealt.

Successful people handle bad bosses by identifying the type of bad boss that they are working for and then use their findings to neutralize their boss’s behavior.

This type of bad boss is too friendly but not in a fun, team-building sort of way. He/she is always inviting you to hang out away from work and also engages in office gossip against his employees.

He makes friends using his influence at the expense of his work. He hardly makes any tough decision involving employees or even sacks those that deserve to be fired. His own office quickly becomes the office.

Successful people handle these types of bosses by setting firm boundaries. They don’t allow the boss’s position to intimidate them in any way. Successful people know that by consciously and proactively establishing a boundary, they can take control of the situation.

Take, for example, you can remain friendly with your boss during the day, but still not be afraid to say no to drinks after work. The major challenge here is maintaining consistency with your boundaries, especially when your boss is persistent.

You must be very careful not to put unnecessary boundaries that might present you as an unfriendly fellow to your boss. It is better to have a crowd-pleaser as an ally than trying to change him into something that he is not. This can put you in a very strong position than you could have imagined.

2. The Micromanager Type Of Boss

This kind of boss makes you have the feeling that you are under constant surveillance. This kind of boss pays attention to small details, for instance, he/she can give you back your 20-page report because you used a clip binder instead of a staple.

This constant hovering makes employees discouraged, frustrated, and above all, uncomfortable.

Successful people handle bad bosses, especially micromanager types by proving themselves to be flexible, competent and disciplined while staying in constant communication. By doing all these, they appeal to these micromanagers.

These micromanagers love employees who do things exactly how they have directed without any atom of deviation. To achieve this, you must ask specific questions of your boss about the project, check-in often, and look for trends in the micromanager’s feedback.

There are times that this will not work as some micromanagers will never stop searching for something to over-analyze and micromanage. When this happens, you must as a matter of necessity drives your satisfaction from within.

You must never allow your boss’s obsession with details to create a feeling of inadequacy, as it will only lead to further stress and underperformance. You must always remember that a good report without a staple is still a good report.

You should have it at the back of your mind that despite your boss’s obsession with details, she still appreciates your work; just that she doesn’t know how to say it.

3. The Tyrant Kind Of Boss

This kind of boss resorts to Machiavellian tactics and constantly makes decisions that feed his ego. His major concern is having power, and he will coerce, intimidate and threaten others to do so.

This kind of bosses sees their employees as a criminal gang aboard his ship. He classifies people in his mind and treats them as such. Great achievers who challenge his authority are treated as usurpers.

Successful people handle bad bosses especially the tyrants by presenting their ideas in a way that allows the tyrant kind of boss to take partial credit. This can be painful, but you should rest assured that it is effective.

By doing so, you allow the tyrant to maintain his ego without having to shut down your idea. You should always be quick to give him some credit, even though you know that he is unlikely to reciprocate because this will eventually put you on his good side. Another thing to do in order to survive a tyrant is to choose your battlefield wisely.

When you have high emotional intelligence, you can rationally choose which battles are worth fighting and which ones you should just let go. By doing this, you are sure not to find yourself on latrine duty.

These are those bosses that were promoted hastily or hired without due process and hold a position that is beyond his/her capabilities. They might not be completely incompetent, just that there are people that report to her who have been at the company a lot longer and have information and skills that she lacks.

Successful people handle bad bosses especially these incompetent ones by sharing their experiences and skills with the boss without rubbing it in her face simply by swallowing their pride. You should always share the information that this type of boss needs to grow into her role, and you will become her ally and confidant.

5. The Robot Kind Of Bosses

Successful people handle bad bosses, most especially these robot types by speaking their language. They always make sure to back their idea up with data because the robot kind of bosses deals mainly with numbers. In the mind of this kind of boss, you just employee number 55 with a production yield of 88 and experience level of 90.

This boss takes decisions based on these numbers, and when he is forced to do otherwise, he self-destructs. This kind of bosses makes little or no effort to connect with his employees; instead, he looks solely at the numbers to decide who is invaluable and who needs to go.

The major trick here is to find ways to connect with him directly without being pushy or ruddy. You must schedule face to face meetings with him and respond to some of his emails by knocking on his door. You must be careful to do so in little doses because he is unlikely to respond well to the overbearing social type.

6. The Visionary Kind Of Bosses

The strength of these bosses lies in their ideas and innovations. The major problem with them is that when the time comes to implement their ideas, they are off to the net idea, and you are left to figure things out on your own.

Successful people hand bad bosses, especially the visionaries by first changing their way of thinking. They naturally take a wider perspective; you must be smart enough to funnel things into something smaller and more practical.

To do this, you must ask specific questions that force her to rationally approach the issue and to consider potential obstacles to executing her broad ideas. You must get her to understand and commit to the effort it will take from her to help make her idea happen.

We have all at one time or another found ourselves in the shadow of a seagull manager who decided it was time to roll up his sleeves, swoop in, and squawk up a storm.  These kinds of bosses interact with their employees only when there is a fire to put out.

At this point though, they move in and out so hastily and put so little thought into their approach that they make bad situations worse by frustrating and alienating those who need them the most. Successful people handle bad bosses like seagulls by following a group approach.

The seagull is better approached by the team if the entire team sits with him to explain that his approach makes solving problems very difficult for everyone to perform at their best. You must motivate the group to give him a little push, and things are bound to change for the better.

Following this advice, you are sure to always be on top of your game in the workplace whether there is a bad boss or not. Successful people handle bad bosses by following all that is written in this article. 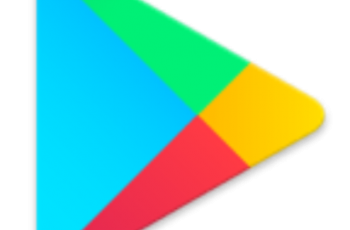 How To Use Nigerian Debit Cards On Google Play Store … 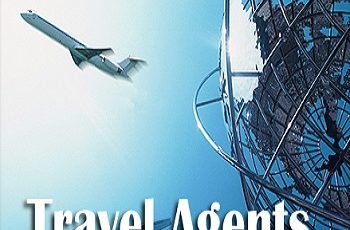 Have you ever misplaced money while trying to travel to …