//pagead2.googlesyndication.com/pagead/js/adsbygoogle.js
Home
Business
Why You Should Avoid Venture Capitalists And Angel Investors In Your Business

To start with, what are the marked differences between Venture Capitalists and Angel Investors? This is a very good question to ask and get clarification to before investing in any business and finding out which one of them is a good fit for you. This is because if you go into a wrong direction in choosing who to invest with, you will not only waste your time but also lose money.

Bad investment or business decisions can sink your company. Like Evan Carmichael said, raising money for business is like getting married, you have to really pick who you bring on. So it’s imperative to tread carefully and do your homework very well before going out to source funds for your business. That being said, what are the marked differences between Angel Investor and Venture Capitalist?

An Angel investor is mainly an individual or a professional who takes or likes investing in companies as their main business. It doesn’t mean one have to be a professional before becoming an angel investor because many wealthy people invest in many businesses they don’t even know they are about. The goal is to invest so as to get a Return on Investment in large amounts sooner or later. Angel investors are all over the map and it’s important to get the one with not just the money but with connections and more to do table.

Angel investors have a high tolerance for risk because they are looking for a longer investment prepayment time like 5years and above before they get their money back. When one invests in like less or about half a million dollars, then that’s angel investor territory. They can be friends and family or come in any form.

For Venture Capitalist (VC), the startup fund is half a million and more. Venture Capitalist works with you when they see a lot of opportunity in the business because they are investing a lot. Typically VC doesn’t like startup companies. What VC likes to see is that you have done a lot of work in starting the business before investing large funds in it to keep the company going. VCs are professionals and they pull money because they have people that give them money and are in charge of going out to invest it. They typically focus on specific areas. VC are looking to make 30% a year as return on investment; so they focus on companies they believe has the potential and can give them what they want.

There are some companies that a VC can never invest in like Construction Company because it’s hard to scale the Return on Investment (ROI) in this sector. This type of investment is mostly done by angel investor because they look forward to making ROI in the long term.

These are the roles of both Angel investors and Venture capitalist. They both help fund a business idea and make a huge profit from it.

Check: Venture Capitalist Firms in Nigeria You Should Trust

The Disadvantages of Both Venture Capitalists and Angel Investors

In as much as they are needed for a startup company and business idea, one needs to be very careful and avoid them if possible.

(1) 30% and above of the Company’s Profit Goes to VCs, VC own biggest Shares, Can Influence Management Decisions

For Venture capitalist, they invest a lot of money in one’s idea and so they are entitled to 30% and above of the company’s profit which the real business owner might be reluctant to pay. In Venture Capitalist, they own the biggest shares in one’s company and therefore can dictate whatever they feel is right to them to the real owner of the business. As a business owner and idea bringer, someone telling you what to do with your company and how to run it should be the last thing you will be expecting. This is one of the reasons why most business owners avoid Venture Capitalists.

(2) Business Owner Risks being ousted From His/her Own Company

One of the most brutal things that can happen to a business owner that invest through Venture Capitalist is been ousted from his/her own company. A good example is Lucious in the series movie, “Empire.”  Empire was started by Lucious Lyon and after attracting investors, there was a takeover of the company from those major investors. An idea of Lucious Lyon and being nurtured from scratch was taken away from him by investors. This is the most devastating act on how one can lose a company he built with sweat from the scratch and the more reason one should be careful to invest with Venture Capitalist(s).

Furthermore, Venture Capitalist keeps track of their investments in a company and is most of the time included as a part of the Board of Directors of the Company. The person will be in all meetings and will be reporting back to the Venture Capitalist Company all the ideas a business owner presented or proposes to work on. If the Venture Capitalist finds it unsuitable, they can rule against the idea. All these rules seem very hard to follow when you are the owner of a business. It’s basically like you are being employed by the venture capitalist and have little or no say on how to grow your own business.

(4) Business Stands the Chance of Being Sold

Lastly, one of the reasons to avoid Venture Capitalist and Angel Investor is that they can at any time sell the company when they feel it has outlived its usefulness. Imagine an idea you think you will pass to your generation to run and become a household business being sold by an Angel Investor or Venture Capitaist because they have large amount of money invested in it? Although the owner will receive a large amount of money from the profit of the sold company it’s just a mere compensation on what should have been a global and household company. These and more are some of the main reasons why one should try as much as possible to avoid Venture Capitalists and Angel Investors.

The fairer side of things is to use Angel Investor. Since it’s not a firm or a company but an individual who can be a family or a friend or an ex-entrepreneur, it’s easy to present your idea to an angel investor and if interested, they become a silent partner. Most times, Angel investor will not try to steal your ideas and make it theirs or try to do hostile takeover. So it’s safer than a Venture Capitalist. Although, Angel Investor can be a better version but still, it’s the same with or closely related to Venture Capitalist. The business owner’s idea is still being shared and is at risk of being sold or broadcasted. If the business had kick-started and is later sold, the profit would be split in both ways and sometimes the owner gets a lesser amount.

All this can be avoided so as to have control over your own company and run it the way you like. You can get other ideas on funding for your business here 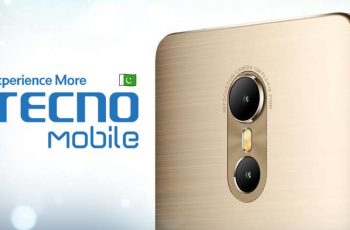 How TECNO mobile Scaled through the Large Nigerian Market to become …