//pagead2.googlesyndication.com/pagead/js/adsbygoogle.js
Home
Business
5 Keys To Launching A Successful IPO  According To Goldman Sachs

5 Keys To Launching A Successful IPO  According To Goldman Sachs

If you watched or are watching Empire, you must have come across that part it needed to go public. When it wanted to launch its IPO, that is, to get listed on the stock exchange market and become traded by all, it went through a series of issues. Understanding the keys to launching a successful IPO is critical to the success of whoever decides to follow that trend.

We have not gone public with any of our companies but it is part of the plan that will be considered. As a matter of fact, I have no qualifications to guide you on the best way to handle the launching of a successful IPO. I really cannot help you with that.

But I really don’t need to know it all when I can simply get the best companies to share what they know. One of these companies is Goldman Sachs. They have dedicated their lives to the actualization of this goal.

I want to share the outcome of a research of 25years. More so, I’m sharing objective conclusions based on the fact nearly 5000 cases were examined. Ask yourself, what could be more objective than this.

Related: We are launching entrepreneur opportunities to help African businesses and startups

Okay, let me not make too much mouth. I know how it is. Just know that what I’m sharing didn’t come from me. They came from Goldman Sachs. You may not trust me, but if you trust them, you did have a wonderful experience in learning everything on launching a successful IPO.

But I will do a follow-up article to show you what an IPO is and why you need to launch one. You will also learn when you should launch and why you may never consider launching a successful IPO.

Let us get to it.

The first thing you should know is that the sector and industry your company is operating in is a great determinant of the success rate you will enjoy when you launch your IPO. Some sectors are better than other sectors. It is that simple.

The tech revolution in the ’90s cut across every aspect of the business. IPO’s that were tech-driven surged and succeeded from that time to the early 2000s. They are still succeeding today but the rate has reduced now.

According to Goldman Sachs, The Tech, telecommunication, and media accounted for 19% of new listings from 2010. Surprisingly, health care IPOs made up for 34% because of the rise in the public offerings from biotechnology companies yet it has performed worse than all the sectors since 2010.

Now, here is the surprise. The Tech companies may have reduced in the rate of listings but they have continued to perform well. However, the health sector that has seen increased growth in the number of IPOs has performed very badly.

Goldman believes that younger firms naturally see faster sales growth but that age of the firm doesn’t as a significant indicator of three-year IPO outperformance.

The following is what they said in a client note. “The median firm founded 0-5 years before IPO reported sales growth of nearly 50% five quarters after the offering compared with 30% revenue growth for firms aged 5 to 15 years and 19% for firms older than 15 years.”

They made a rather funny but true observation about Tech companies. Historically, the Tech, media and telecommunication companies take more time before going public. They put their average number of years they operated before going public at 13 years.

When launching a successful IPO, the valuation must be put into serious consideration. These are concerns that the investors will have to think critically about.

Here is what Goldman has to say about it, “The most commonly raised concerns are that new firms are too expensive relative to their fundamentals and that demand for equity in new issues will diminish demand for the rest of the equity market.”

Sometimes, the valuation these companies put out there for everyone to see is misleading. Most times, they are not worth that much. It should also be noted that IPOs become more expensive compared to the rest of the market shortly before a recession comes into play.

Let us take a look at what Goldman Sachs was quoted to have said on the path to profitability as a necessary indicator of launching a successful IPO.

A hallmark of this year’s IPO market has been the concern about the profitability of the companies going public. High-growth, venture-backed companies like Uber and Lyft are burning through piles of cash to grow their businesses.

According to Goldman Sachs, IPO investors are intently-focused on when firms will achieve profitability.

“In the current IPO cycle, profitability in years two and three have indicated outperformance,” Goldman said in the report.

The firm added: “Since 2010, IPOs with annualized sales growth above 40% from year 1 to year 3 and positive net income in year two have generated positive excess returns and the highest likelihood of outperformance.”

Finally, you can’t analyze IPO outperformance without considering sales growth. It is a valid determinant. Here is an analysis from business insider on the issue.

“Since 2010, IPOs with annual sales growth greater than 20% have been more likely to outperform Russell 3000 over three years than a comparable, slower-growing IPO,” the firm said.

Revenue growth usually declines quickly during the first five years after a company enters the public markets, according to Goldman. High-growth companies often sacrifice profitability to pursue growth and gain market. That growth often slows in an effort to achieve profitability.

Beyond Meat, a plant-based meat provider, has experienced massive sales growth this year and its share price has risen more than 500% in response. 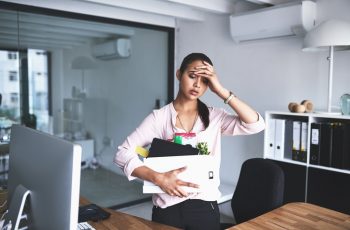