//pagead2.googlesyndication.com/pagead/js/adsbygoogle.js
Home
Celebrities
The Full Net Worth And Biography Of Kim Kardashian

The Full Net Worth And Biography Of Kim Kardashian

Kim Kardashian’s real name is Kimberly Noel Kardashian West and she was born on October 21, 1980, in Los Angeles, California.

The 40-year-old American media savvy, model, entertainer, and designer is one of four children born to Robert Kardashian, he gained national recognition as a member of O.J Simpson’s legal team during his 1995 murder trial.

Related: The Biography and Networth of Jay Z

Kim graduated from high school in 1998 and later became an assistant to socialite Paris Hilton. At that time she married (2000) music producer Damon Thomas; the couple divorced in 2004.

Two years later Kim, along with Kourtney and Khloé, opened DASH, a boutique in Calabasas, California; several other locations were later added.

However, it was her infamous sex video she made with R&B singer Ray J. that skyrocketed her to superstardom. In early 2007, the video between Kim Kardashian and the rapper in bed made it into the hands of an adult film industry “Vivid Entertainment”.

Vivid Entertainment paid $1 million to get hold of the 30-minute tape, had it promoted and released the video, which is called Kim Kardashian Superstar. Kardashian sued the industry for an invasion of privacy. Three months after the video’s debut, she agreed to a $5 million settlement.

Kim first appearance onto the scene in 2007, after the premiere of her hit E! Entertainment reality series, “Keeping up with the Kardashian” in 2007.

Kim Kardashian featured her family “Kardashian and Jenner family” which includes her step father Caitlyn Jenner, Kim, Kourtney, Khloe, Rob, and her step-sisters Kendall and Kylie Jenner. The show “Keeping up with the Kardashian” was the highest-rated program on the E! Network.

The show marked special ranks as E!’s most-watched event with a total of 10.5 million viewers. Kim also appeared as an actress in a number of other projects which includes Disaster Movie shot in 2008 (Lionsgate),  CW’S hit show, TVs How I Met Your Mother and many more.

Kim produced “The Spin Crowd” 2010, her first TV show for E! which premiered to 2.46 million households . In September 2008, Kim Kardashian competed on the ABC hit series, Dancing with the Stars in 2005, where she was paired with defending Champion Mark Ballas.

Kim Kardashian was involved in retail and fashion industries collectively managed with her sisters Kourtney and  Khloé. They have collaboratively launched several clothing collections and fragrance.

Kim Kardashian in December 2010, filmed a music video titled “Jam (Turn It Up)”, was directed by Hype Williams and produced by The-Dream and Tricky Stewart; Kanye West makes a cameo in the video. The song was premiered during a New Year’s Eve party at TAO Las Vegas on December 31, 2010.

That same month, it was reported that Kim Kardashian’s 2010 earnings were the highest among Hollywood-based reality stars, estimating them at $6 million.

Kim Kardashian had her third Fragrance released in April 2011 and fourth fragrance “true Reflection” released in March 2012 and in April, E! renewed Keeping Up with the Kardashians for two additional seasons in a deal worth $50 million.

Kim’s fifth fragrance, “Glam” was released in October 2012, which “draws on the glamour of her Hollywood lifestyle”. In the summer of 2012, Kim and her family filmed a music video in the Dominican Republic to Notorious B.I.G’s song “Hypnotize”.

Kim also obtained the role of the co-worker of an ambitious therapist, in the movie “Confession of a Marriage Counselor (2013)” produced and directed by Tyler Perry. Kim got a negative response and was given a Razzle award for the worst supporting actress.

Kim Kardashian West launched a new range of products called Kimono but was overly criticized over the name given to the brand which was seen as a disrespect to the Japanese. These drew the attention on twitter. The Mayor of Kyoto wrote to Kim to reconsider the trademark on Kimono and due to pressure, she announced that she would change the name.

Kim Kardashian first got married to Damon Thomas in 2000. In 2003 Damon Thomas filed for divorce which Kim blamed their separation on physical abuse on Damon Thomas’s part. She later moved on with Ray j, an American Rapper and they both began dating prior before the completion of her divorce with Damon Thomas.

Kardashian became engaged to NBA player Kris Humphries in 2011, whom she started dating in October 2010. They later got married in Montecillo, California.

Finally, Kim Kardashian began dating Kanye West in April 2012. She got engaged to Kanye West after her divorce with Humpheries was finalized in June 2013. On her 33rd birthday, she got married to Kanya West at Fort di Belvedere in Florence, Italy.

Kim was estimated to be worth about $45 million in May 2014 and in 2015, Forbes reported she had “made more this year than ever as her earnings nearly doubled to $53 million from 2014’s $28 million”, and reported that she “has monetized fame better than any other”.

Much of her income include wholesale earnings of the Sears line, the Kardashian Kollection, which brought in $600 million in 2013 and the Kardashian Beauty cosmetics line, Kardashian-branded tanning products, the boutique-line DASH, as well as sponsored social media posts which are collectively worth $300,000-500,000 per post.

Also Read: The biography of Rema and his Net worth

As of 2018, she was worth US$350 million. Combined with her husband Kanye West’s net worth of $160 million, their total household net worth is an estimated $510 million, making them one of the richest couples in the entertainment industry. West does not receive alimony payments from either of her first two marriages. 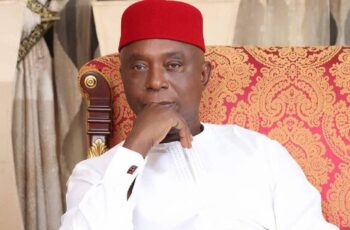 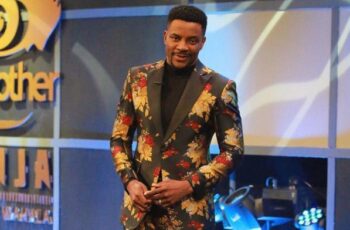