Race to China Promo By FCMB

On Tuesday, May 21, 2019 First City Monument Bank (FCMB) rewarded another set of its Small and Medium Scale Enterprises (SMEs) customers in Season 2 of the Bank’s reward scheme tagged “FCMB SME Race to China Promo”. The winners emerged through rounds of electronic selection from the pool of qualified SME customers in the first draws of the promo (for the months of March and April) held in Lagos, Kano, Abia and Oyo states. 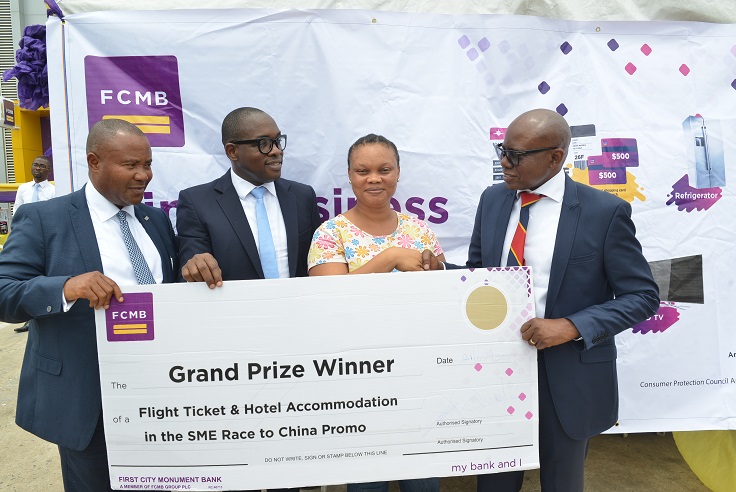 Among the winners are eight customers who each won the star prize of an all-expense paid trip to China (return flight ticket and hotel accommodation for 7 nights) to participate in the 2019 edition of the Canton Trade Fair, one of the world’s biggest import and export trade fairs, scheduled to hold later this year. In addition, several other SME customers won various exciting items. These include $500 preloaded shopping cards, business enablers (such as, power generating sets, laptops) and other consolation prizes. 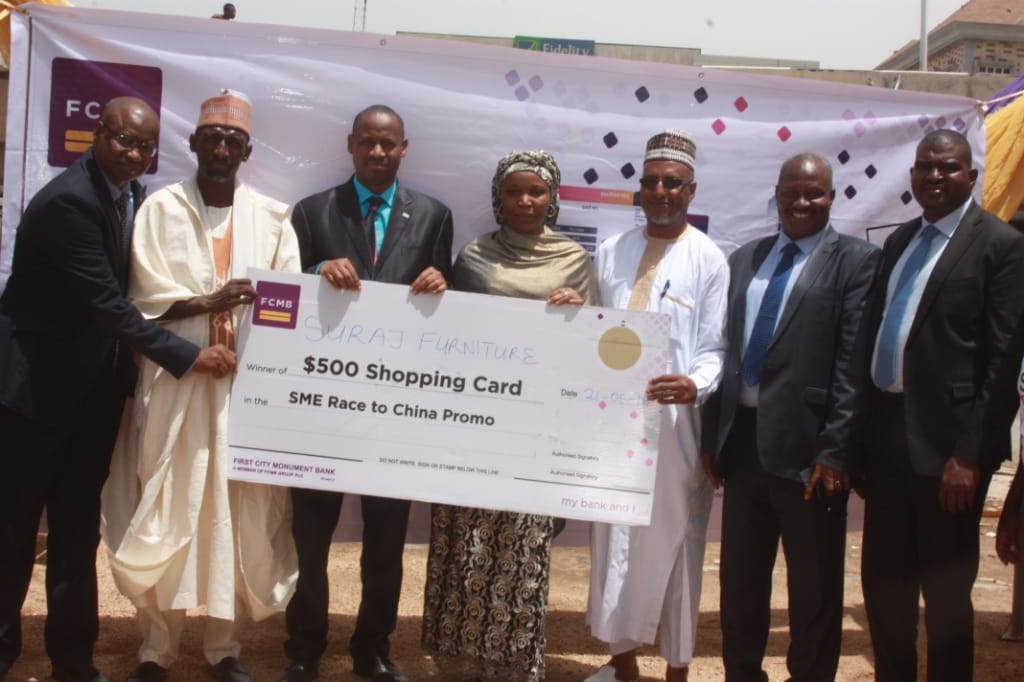 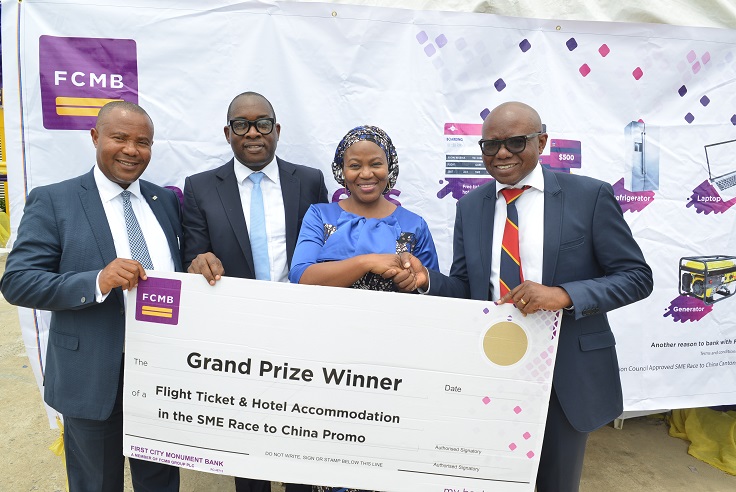 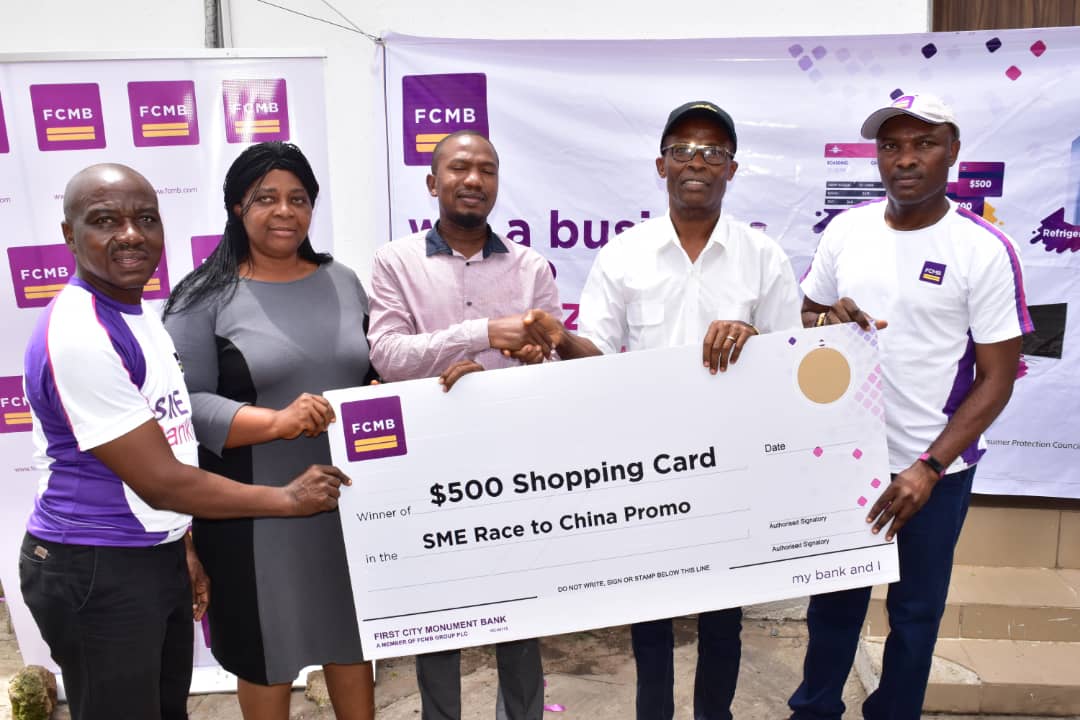 Season 2 of the ‘’FCMB SME Race to China Promo”, which commenced in May and will run till October, is an extension of the first phase held last year following the huge success and impact recorded. It is designed by FCMB to give extra value, empower and reward its Business Banking/SME customers for their patronage and loyalty over the years. The promo is targeted at business customers who operate any of the Bank’s local currency accounts. There will be a total of 6 draws which will hold monthly. 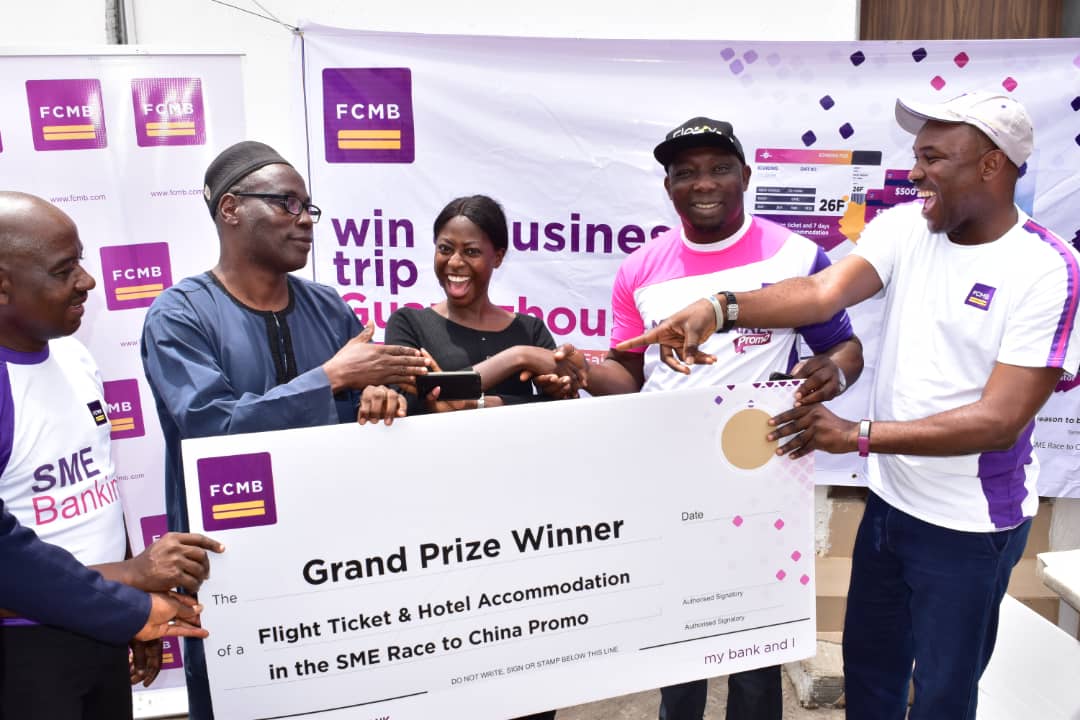 Speaking on Season 2 of the ‘’FCMB SME Race to China Promo” the Executive Director, Business Development of the Bank, Mrs. Bukola Smith, said, “this is part of our initiatives to demonstrate our commitment to the growth of SMEs, which are key drivers of economic development. The second edition of this promo has been enhanced to ensure that more customers have the opportunity to emerge as winners. From 43 winners in the first edition held last year, a total of 320 customers will win either a trip to China, $500 pre-loaded shopping cards, business enablers and other gifts that are on offer in the second edition. We will continue to create opportunities and offer the very best of products as well as services that will grow the business of our SME customers in a sustainable manner.” 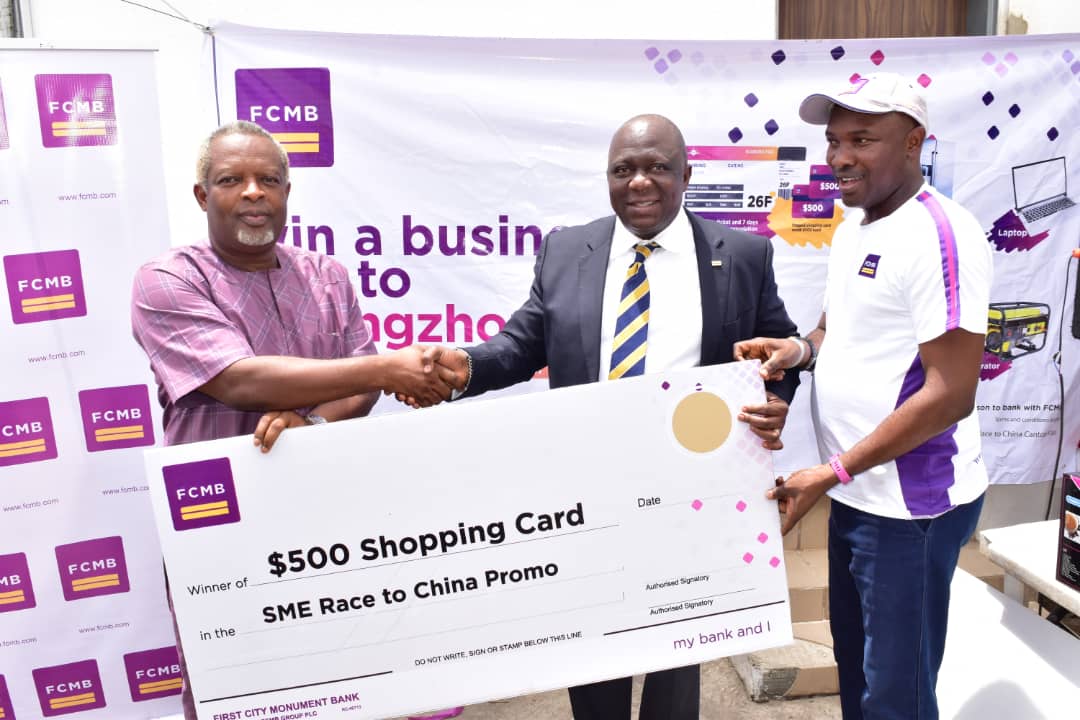 In their comments, the winners commended FCMB for considering it worthy to reward and empower its SME customers. According to the Managing Director of Ife Progress Resources, Mr. Ezeike Ifechukwu, “I was in shock and at same time very happy when I was called by FCMB that I have won a trip to China. I have never been lucky, not even once in my life to win anything. So when I received a text message from FCMB telling me about the Race to China Promo, I didn’t really bother. But having won the star prize, I thank the Bank, our Bank. I am a shareholder of FCMB, a customer for more than ten years, and I maintain series of accounts. FCMB has always been my number one Bank. Today, I repledge my loyalty to FCMB. I will ensure that I drive more customers to FCMB”.

Another star prize winner of a trip to China, Mrs. Joyce Ajanah, who is the Managing Director of Gold Tech Multi-Tech Limited, said, “I am very excited, really short of words and extremely grateful to FCMB. This is definitely going to make my business grow significantly. The FCMB Race to China promo is a very good initiative. The Bank is going places”. 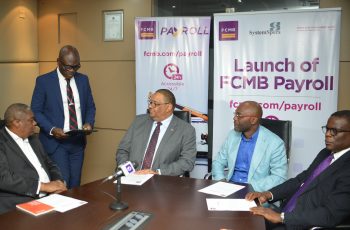 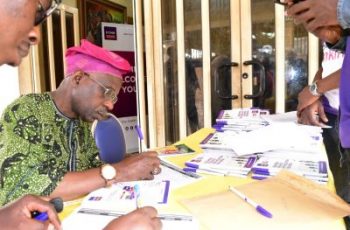 Hundreds of existing and start-up entrepreneurs based in Oyo State …