Ok, I stumbled upon this great content from Ronald Ikenna Nzimora on Facebook and decided to share the great info with you guys. Read the exact lines below

“The One Good Thing About MMM

Hold your horses, I am not joining MMM ever. It is the most sophisticated fraud setup of our times and I must say I admire that Mavrodi guy who founded this thing.

It goes to show you that if you have an idea, even a fraudulent one, it will work, but then criminals are some of the most intelligent people in the world.

Earn 10-15% for your savings, Don’t stress yourself going to the Bank again, Start Saving on Sumo Bank

It takes brains to steal successfully from one person, and then it takes genius to steal from many.

Anyhoo, there’s a reason I am talking about MMM today.

The reason is, in everything, from anyone, no matter how much you relive them hold a lesson for you to learn.

So what’s the one good thing about MMM?

Let me tease you a little.

It’s so popular that even though most people who get involved know it’s a scam, they still go ahead and do it, hoping they won’t get caught in the web.

I’m willing to bet you know at least one person who has put their money into MMM.

You should ask yourself: why are people putting in money into what is obviously a scam, despite agreeing that it’s a foolish risk to take?

It’s because… they want it. The potential gain appeals to them
FAR more than the potential loss.

So they will go to any length to find the money they need to make this “investment”.

And That Is the Good Thing!

People always HAVE money for what they want to do.

Let me repeat that.

Read it again, slowly this time.

Ever tried to sell something to someone and they tell you, “I don’t have money?”

The major reason people tell you they don’t have money to buy your stuff is because they do not see enough reason, enough benefit and enough potential gain in buying that thing from you.

So they give you an “I don’t have money” reason, so you leave them alone.

If they do, if they REALLY want what you are selling, and they are convinced that getting it from YOU will help them benefit, they will find the money and pay you for it.

They will DO ANYTHING necessary to get that money to pay you.

I mean think about it. People are “investing” millions of naira in an obvious scam that’s only waiting to crash!

What are the takeaway lessons for you here?

MMM appeals to a certain kind of people – those who have an “opportunity” and “get rich quick” mindset.

These people aren’t interested in building solid businesses. They simply want to make money as fast as is possible. They are also the sort of people who have a “victim” mentality – the sort who blame Government and everything else but themselves for their troubles.

MMM has an irresistible offer – put in any amount of money and get it back + 30% in 30 days without doing anything other than sitting and waiting.

These guys know their audience! 😀

Word of mouth marketing is POWERFUL.

The MMM proponents tell new people to “only invest your spare money”. Don’t invest money you can’t afford to lose. They make it clear it’s a risky investment, nothing hidden. This creates an embedded element of trust in the offer because people believe you more when you tell them the truth about what you’re selling them.

It’s an in-born human trait to believe someone who is upfront with you. So tell people exactly what your product can do and what it cannot do, and what they need to do to make it work for them.

The reason MMM is spreading like wildfire, even into villages without electricity or internet access is because the offer works. Period.

Of course, it will crash as it in other countries. The model is unsustainable and frankly anybody who believe it’s a long term strategy to make money doing nothing is an idiot, but for now the offer is working.

So sit down, and take your time to create an irresistible offer for your product. What will you add to it or remove from it, to make anyone in the market choose to buy from you rather than anyone else.

For example: If you are hungry and want to eat really immediately but don’t want to cook, and you want Pizza, fast piazza, you go to Dominos and you get it in 10 minutes. That’s their irresistible offer. Quick food in record time.

Many of you have a product and never advertise it. Or worse, you spend $5 on Facebook ads and never do anything else.

They tell anyone who cares to listen, as many times as they can about MMM. it’s only a matter of time, before people say, “let me try”

MMM pushers have a common enemy – anyone who criticizes the model including Government. They are painted as evil haters, who don’t want others to progress. They get ridiculed and cursed out.

It’s psychology! If you can identify a common enemy your audience has, by all means make them a focus in your marketing and tell your audience how that enemy wants to keep them down forever.

For example, if you sell natural health supplements, the common enemy is Pharmaceutical companies who are only interested in making money so they manufacture chemical drugs what only temporarily remove symptoms but never cure the ailment.

If you’re selling a business startup course, the common enemy can be greedy employers who pay their staff less than they’re worth or Government or scammers”.

So there you go, kindly drop your comment and let me know what you think.

This article was written by Ronald Ikenna Nzimora. on Facebook 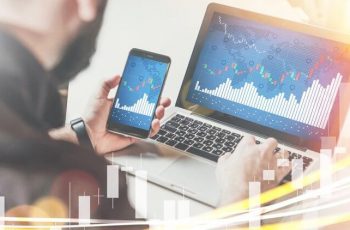 3 Tips for Growing a Small Trading Account One of … 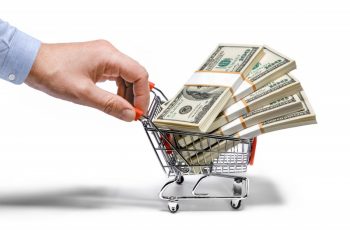 5 Ways to Cut Down Your Expenses It’s not a …