You can get best last-minute airfare deals albeit with a little difficulty. Flight costs used to be considerably low in years past, but that has totally changed today. Flight ticket prices have gone skyrocketing due to the ever-increasing cost of logistics such as aviation fuel, personnel, and materials, and also the pressure to break even amidst this rising operation cost.

Related:How to become a fashion model in Nigeria

Limited competition in the aviation industry has also ensured that rising prices in the industry are maintained.

Despite the rising prices in this industry, ticket prices can still be obtained at cheap rates sometimes. Getting these best last-minute airfare deals is very difficult because airfares change literally by the second.

In fact, ticket prices sometimes vary so much that some people claim no two seats on the same flight cost the same amount unless they are purchased together. That’s how dynamic the pricing system in the industry is.

With so many other travelers desperately hunting for the cheap deals, finding a cheap ticket is a very competitive one.However, I’ve put the following tips to put you ahead of others in search of the best last-minute airfare deals. Only pay attention as you read through.

It will surely be time-consuming and hectic to keep tracking airfare slumps yourself. Many airfare search and listing sites offer emailed airfare alerts, especially when prices go down. These airfare alert services vary slightly in how they work. Some will let you specify which airlines and flight types you want to receive alerts about.

Related: How to become the CEO of your own company

Others just let you know when a flight on a route you specify has gone down in price, regardless of the airline, type of flight, or time of flight.Examples of such websites include Travelocity.com, Farecompare.com, Bing.com/travel, Airfarewatchdog.com, and Hotwire.com. Also, you can run a random Google search for “airfare alerts” to get more of these websites and subscribe.

This is because airlines in a bid to get customers to book directly from their site offer certain incentives which are exclusively restricted to their sites and those who subscribe to their newsletters and email services.

These incentives include “promo code” deals that are redeemable only on their websites.Do this for as many airlines as would be necessary for you and you will definitely get the best last minute airfare deals

ALSO READ: How to make money as product sourcing agent in Nigeria

Also, holidays do affect ticket prices as they become higher during holidays. Air tickets go up in August because many Europeans go on vacation during that month. During weekends most people travel so ticket prices go up.

History has shown that flight tickets are relatively higher during the days because most people prefer to travel in the day. So, it’s always a smart move to avoid these peak periods and schedule your flights for the “off-peak” periods.

You can save some money by flying before or after August each year, while also avoiding day and weekend flights. Fly at nights and in the mornings during weekdays. This will get you the best last minute airfare deals.

It’s usually cheaper to fly during the middle of the week than on a weekend because most people travel on the weekends and airfares go up then. Also, prices are a bit cheaper if you fly after a major holiday. Late night or early morning flights are also cheaper because fewer people want to travel at those times.

Learn to fly when most other people chose not to fly. Avoid traveling during major holidays like Christmas, Easter, and the rest. Instead of going to a place with an expensive flight, go where it is the cheapest.

You can also consult some online resources such as Skyscanner.com and Google Flights to help you identify where and when flight routes are cheap in your airport of choice and you will surely get the best last-minute airfare deals.

Airline prices do fluctuate, hence, we never know if it is going to be up or down in the next minute. Work with averages and you can get the best last-minute airfare deals.

This is a great risk for a passenger in wait for that perfect low price. You may have a fairly low price before you but a minute wait for a lower price may lead to the price rising further and you may end up paying more. Many people always want to get the lowest price possible, and this makes them wait too long, and then pay too much.

Apart from being flexible with your flight schedule, being flexible with the routes you take can also help you save huge costs on airfares. Sometimes, flying to a destination directly can be costly. All you need do is to fly to a cheaper destination then connect to your final destination, maybe using budget flight. Although this could mean more flying time, the money you will end up saving would be worth it. This trick alone could get you best last-minute airfare deals. 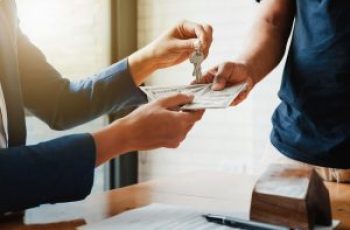 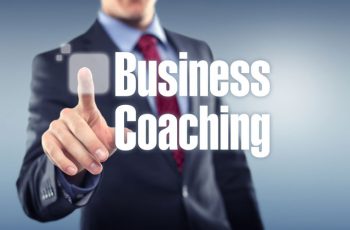 How To Leverage Business Coaching To Grow And Scale Your …