SOXAX, the social media that does more.

SOXAX prides itself on giving users maximum data protection and utmost privacy.  The platform is adopting the end to end encryption data protection approach; because it’s decentralized, it gives people the choice to fully encrypt their data or let it open.

Once encrypted, only the password linked to the private key of the users can decrypt the data and account from Soxax database. for a user (a Soxian) logs into their account, they must decrypt their account with their password to unlock their account. Data exchanged within the SOXAX platform are encrypted and doesn’t leave the platform as a plain text.

Related: Top 5 social media platforms you must be on as an entrepreneur

Just like the founding principles of blockchain technology, the Byzantine general’s principles is adopted here and is a foundational technology of the SOXAX platform.

So, therefore, your entire data is stored with end-to-end encryption, so every data we get from you get you are encrypted before there are saved into our database and, and we have no way to decrypt those data because only you can decrypt it.

SOXAX, will be the first and next generational social media platform to disrupt and solve the current problems associated with social media which include;

The Soxax platform uses Proof of Social/Proof of Activity algorithm to reward users with Soxax dollar which can be exchanged and converted into Money at various exchange sites trading Soxax.

Soxax is decentralized on it’s database and does not give anyone including Developers any power to modify, edit or delete any registered account on Soxax.

With this feature, accounts cannot be blocked or deleted but enables community to leave a POSITIVE OR NEGATIVE review on user account with good/bad reputation by flagging the account of user with bad reputation. This will enable protect the community of people to deal with on the Soxax platform.

Soxax is built on an independent Blockchain technology and uses PROOF OF SOCIAL/PROOF OF ACTIVITY to reward it’s users.

Soxax platform will enable users to make money by actively participating and engaging on the Soxax social media platform.

To keep the Soxax coin stable in the market, not all funds in balance can be withdrawn immediately. This is to control users from flooding the market with Coins to sell off while encouraging engagement to earn more Soxax Dollar.

It uses PROOF OF SOCIAL/PROOF OF ACTIVITY to reward it’s users. The algorithm of Soxax is built to reward every user for posting contents, sharing contents and engaging on the platform.

These companies collect your personal data, like name, address, what you earn and where you visit on the internet, who you connect with online and what your preferences are and then sold to other companies for a very lucrative cost.

Once these companies collect the information, the data brokers package and sell it sometimes to other brokers, sometimes to businesses — that then use the information to target ads to consumers. And it’s a lucrative industry. One of the largest brokers, Acxiom, reported over $800 million in revenue last year.

Soxax data is secured with an END-TO-END encryption technology. The encryption cannot be decrypted even by the Soxax developers. Every encrypted user account is connected to a private key which can only be decrypted by the user password. In cases where Password is lost, the change password option will give command to the encrypted key to reset and change password using the signup details connected to that account.

Because people spent a lot of time on social media and thereby killing their level of productivity, Soxax enables every users to stay up with TO-DO list of everyday and constantly reminds them to follow up with work at the speculated times. The productivity tool on Soxax comes with a sound notification which constantly reminds users of their daily task while they socialize.

You’re and Entrepreneur and Want more exposure on your Business? Get in touch here now 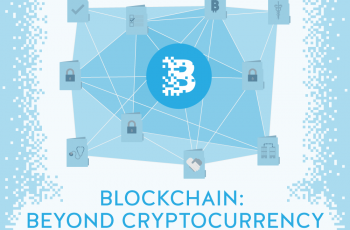 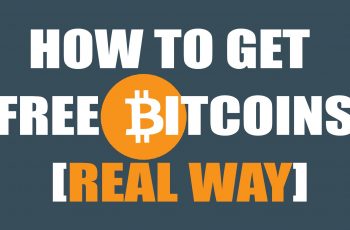 Getting Bitcoins For Free in Nigeria Bitcoin is a digitally …